Top 5 Places to Visit in India

Photo by sagar-soneji on pexels

Udaipur, a popular tourist destination in Rajasthan, provides glimpses of India’s golden Rajput era. The region is famed for its culture and tradition, as well as majestic palaces and picturesque lakes. This city was founded in 1559 by Maharana Udai Singh. This city is famous as the Venice of the East. Those wanting to visit Udaipur won’t have any trouble as this lovely city is well connected with several major Indian destinations via air, road, and rail. Located in a valley and surrounded by four lakes, Udaipur has natural offerings with a grandeur multiplied by human effort, to make it one of the most enchanting and memorable tourist destinations. It justifies all names ever offered to its charm from ‘Jewel of Mewar’ to ‘Venice of the East. Famous tourist attractions in Udaipur are Lake Palace, City Palace, Jagdish Temple, Jagmandir, and Monsoon Palace:

Jaipur is home to some of the most historic monuments and forts in India. Jaipur is sometimes called the “pink city” because many of its buildings are rose-colored. Jaipur is a walled city surrounded entirely by hills. The City Palace, Hawa Mahal (Hall of Winds), Ram Bagh Palace, and the Nahargarh and Jaigarh forts are among its most important structures. In 2010, UNESCO declared Jantar Mantar, an open-air observatory built in the 18th century, as a World Heritage Site. The main attractions of Jaipur are Amber Fort, Nahargarh Fort, Jaigarh Fort, Jal Mahal, Hawa Mahal, City Palace, Galta temple, Birla temple, Govind dev ji temple, and Albert hall museum for sightseeing.

Goa is one of the most favorite destinations among Indian and foreign tourists due to its pristine beaches. The beautiful coastline of more than 100 kilometers in Goa is dotted with hundreds of spectacular beaches where holidaymakers enjoy and relax in the sun. Every beach has its own unique look and serenity, where visitors can relax.  Famous beaches in Goa are Baga, Candolim, Calangute, Morjim, Arambol, Anjuna, etc.

Goa is a popular tourist destination among tourists due to its vibrant nightlife. This city has an outstanding and thrilling nightlife with nonstop music, the latest songs, beautiful ambiance, dizzy neon lights, tasty food, and fancy drinks. It is a great hangout spot for both friends and family.

Himachal Pradesh was announced as the union territory of the Indian country on 1st November 1956. After which Himachal Pradesh was deemed as a state on 25th January 1971 with its capital as Shimla. It is spread over a total area of 55673 square kilometers and it is situated at an average elevation of 400 meters; its highest elevation point is Reo purgil at 6816 meters.

Himachal Pradesh is India’s favorite outdoor adventure destination, located in North India amidst the Western Himalayas. The region is rich in natural beauty, with hills and valleys crisscrossed by magnificent rivers. It contains a large forest area and is considered one of the most biologically diverse areas on the planet. Himachal Pradesh is popular with nature lovers, wildlife enthusiasts, pilgrims, and history fans, in addition to adventure seekers. Tourism contributes significantly to the state’s economy. In 2018, 16.09 million domestic and 356,000 overseas tourists visited Himachal Pradesh. Over 5,000 properties cater to the demands of domestic and international travelers in this tourist-friendly state. Luxury hotels, heritage resorts, star hotels, and budget hotels are all examples of government-run properties.

Jodhpur is known as the “Sun City of India” because of the warm and sunny climate it has, throughout the year. Jodhpur is a city in the Indian state of Rajasthan that was previously the seat of the Maharajas of Jodhpur. It is also known as a “blue city” because most of the buildings in the old city area are painted blue.

The remarkable blue buildings of Jodhpur contrast dramatically and beautifully with the Thar Desert, which is surrounded by a massive fortress wall with bastions. The city’s historic magnificence will keep you busy as you explore the palaces, forts, and temples. Textiles, embroidered leather products, lacquerware, antiques, rugs, puppets, and sculptures are all available in bazaars. Jodhpur is a famous tourist destination as well as a good starting point for exploring the region. 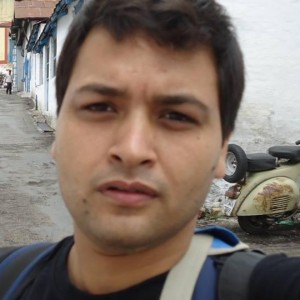