The night I escaped rape! – The world of Hypocrites

Photo from Pixabay for The Circular

Every time I remember that night, I try to pinpoint exactly where things went wrong. Perhaps, letting my guard down and not trusting my instincts! 3 years now and it still haunts me in my dreams.

India, well known of how unsafe it can be for women. Dare I say, I chose to follow my passion for travelling. I being born and raised in the capital city, New Delhi; have seen enough crimes and not a single woman I’ve known that hasn’t faced assault in some way or another. The country where they worship women and girls as goddesses are also objectified. Yes, we are a country of hypocrites! It angers me to say this that as much as I love my beautiful country, I do not wish to raise my children in a society like that.

Now, from where do I start my story of that night which gives the chills down my spine thinking what if I wasn’t vigilant? I thank my experiences of travelling enough and having that “people experience”.

It all started when I boarded an inter-state local bus while returning back home from my solo travels. It was an overnight bus with sleeping compartments. Long story short, I was asked to take the upper compartment by the driver since it was more spacious and empty so that I don’t get disturbed by the locals. So I took it thinking it was a genuine concern coming from an old man. An hour later, a knock on my compartment window.. the conductor of the bus; “Can I hop inside?”, he asked. I was shocked and threatened him away. Then later that night, I was almost asleep when I see the window slide open and the driver hopping in my compartment without even knocking or asking me. He smelled of alcohol saying “it will only take 10 minutes!”. A man almost the age of my grandfather, I felt so disgusted that I could throw up. My heart almost throbbing out, mentally paralysed and hands shaking, I started throwing my things out trying to move back to my compartment where I was earlier. I couldn’t attack him as  I was alone and in the middle of nowhere. I had to think rationally so that it doesn’t backfire on me. So I only threatened him by lying that my family is related to the cops and I’ve already shared my location with them. I also shared my location with my friends whose parents are from influential backgrounds so that if anything worse happens, they knew where I was. He got scared and left for that moment only to return back thrice after that only to check if I was asleep. To check so that he could hop in again, cover my mouth and rape me! I stayed awake for 14 hours (all night) only to save myself.

Now you might wonder why I didn’t scream for help? It was a lot to take in and in that moment I felt paralysed to even be in my senses. After calming myself down, I soon found help. Thanks to the man in the next compartment who watched over me later that night after I shared what was happening. The driver even tried to change his compartment but obviously couldn’t!

I still can’t entirely detail what and why it happened. Did it begin when he saw I was alone and thought being a city girl, I’m sexually available? Or did he not think or have a mind block that I was perhaps his grand daughter’s age? They say women are the ones who provoke men to make a move by showing their skin and not covering themselves as expected (according to the societal norms). Here, I was in my Indian traditional attire. Something which is always accepted in the society if not anything else. So there goes another hypocrisy and proves that no matter what you wear you’ll still be preyed on. Perhaps, it doesn’t really matter what you wear or what you do! They just want one opportunity irrespective of age or where you come from.

For me, I never stopped travelling because why give up on your dreams? It would only mean victory of such people around you. Whilst, I definitely would say that you need to be aware of your surroundings and learn from your experiences.. but never give up on your dreams or lose that confidence.

Here’s another incident proving the duplicity of the society we live in. According to the society, good “decent” women shouldn’t be hanging around late at night on the streets. It gives a wrong indication! One of the nights I was out at night with my family and elder cousins. I wasn’t alone.. but still got grabbed by a few hooligans on the motorbike on the streets in front of my family. Now, how does that concept/societal ideology make sense if these things happen either way. Hypocrisy is ingrained into the society!

It’s the mindset of being in a patriarchal society and more so, not being literate enough. The fault is in the country, it’s corruption and that allows such things to happen so easily. There is no fear of the law.

It had made my hands and feet go cold as a corpse thinking where the world is headed.  I fail to understand how these monsters are even born.

Here’s a poem I’d like to share dedicating to all those who have lost their lives and something I had written dedicating it to the eight year old, Asifa.

Lastly, more people need to come up and speak up for themselves. And we as responsible humans; need to support and encourage each other even more than ever. Show that ray of hope to those who need it and restore that humanity which seems to fade away. With this slow decline of humanity, our future generations are in grave danger.

If you think you’ve something to share about, please leave your opinions in the comments below and let the world know your thoughts! Silence can do more damage to anyone than anything else! 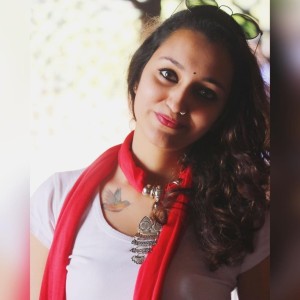