OPINION: Stream On: The story of how the GAA adopted live streaming, and why it should continue post-pandemic

Photo by Pixabay for Pexels.

The GAA, like all major sporting organisations, has experienced a turbulent period throughout the course of the Covid-19 pandemic. From curtailed, shortened competitions across all disciplines, to the playing of the inter-county hurling and football championship finals in an empty Croke Park on Christmas week, it has been both a strange and rather undesirable experience for all involved.

That said, arising out of all of the unpleasantness of the pandemic, one relatively new innovation within each GAA community truly came to the fore throughout this period – the online live streaming of local club games. The live streaming of such games had been on the cusp of a mainstream breakthrough prior to the 2020 Championships, however it struggled to gain proper momentum. Indeed, I first began live streaming GAA content on YouTube for free in 2018, and it proved to be very popular with both viewers, and with the club players, many of whom enjoyed the readily available access to footage of both themselves playing, and of rival teams. A cohort of stakeholders whom were not fans of the new-fangled technology however, were the GAA county boards. Interestingly, as viewership and popularity increased, so too did the ire of many involved in the organisation of the local games, as they felt that such an offering would ultimately result in decreased attendances, and therefore, lost revenues.

Just a number of months before the outbreak of Covid-19 and the nationwide suspension of games, I live streamed what would prove to be my last game for almost a year. A Wexford football relegation final may not have a strong fervour for many, particularly in a county where hurling is by far the more popular of the two sports. However, over 2,500 viewers watched the Friday night game live on YouTube. The view was taken afterwards that such an offering harmed the in-person attendance at the game, and henceforth all games would be streamed on a catch-up basis as opposed to live.

This kind of story is not exclusive to live streaming entities like my own; similar instances were occurring throughout the country. That was until of course, the resumption of sporting competition following the first significant lifting of Covid restrictions in the summer of 2020. The GAA were faced with a quandary; games were going ahead without spectators, yet everyone wanted to see all of the action. It was a seminal moment for the live streaming community, and a perfect opportunity for the concept to be re-introduced. Such was the demand for live streaming services such as my own, and countless others like mine, that ultimately many county boards had to take the initiative upon themselves to set up their own broadcast entities. There were many instances of shoddy camerawork and poor production values, as self-professed amateurs tried their best to get games out to the eagerly viewing public. Local club men and women became broadcast analysts overnight, and local celebrities in their own right, which oftentimes had hilarious results.

One problem remained however; that of virtually no income stream whatsoever for the GAA. Enter another revolution; pay-per-view live streaming. Entities such as my own scrambled to figure out how such a technology worked, and how best to make it a pain-free, easy to use experience for the average viewer. Thankfully, by and large, this was achieved, and while live streaming revenues were not comparable to what actual gate receipts would have amassed, they weren’t to be snuffed at all the same. Revenues as high as €180,000 were reported in some counties.

So now that GAA grounds are fully reopened nationwide ahead of this summer’s club championships, the question must be asked, what does the future hold for the live streaming of such competitions? In this writer’s opinion, there’s as much of a need for the service today as there was during the pandemic, and prior to that when I took my first steps into the world in 2018. We’re a changing society. Emigration amongst our younger population is still very high, and so too is their desire to see their local team compete while they are abroad. Thankfully, we’re living longer – for older generations of GAA fans who couldn’t possibly make it to their local county grounds through ill-health or frailty, live streaming is a godsend. And then, there’s the average viewer who simply can’t attend a game in-person because of a myriad of perfectly legitimate reasons – be it their work, childcare, or other engagements, they too, would like to see the games. So for all of those viewers, of which there are many, the GAA should continue to endorse and promote the live streaming of their games, because lost revenues is no longer a viable excuse. 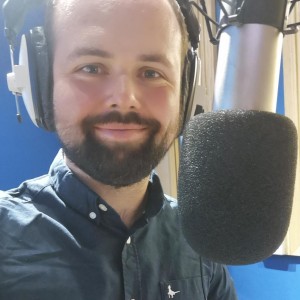