How important a job Homecarers do ?

Photo by Gert Stockmans on Unsplash

“I wouldn’t have been able to cope when I was really bad 20 or 25 years ago. But I am delighted I got this great service from HomeInstead. I hope it can continue,” says Kevin Ryan, a 76 year old, availing home care service for about 30 years.

“Homeinstead, yes, they are excellent,” Kevin Ryan rates his experiences with homecarers 10/10.

“Realistically speaking, I am terrifies me that they take me off the list because they are snowed under so many people seeking service. So, every day I do a little more for myself so that when the time comes I am able to take care of myself.”

Mr Kevin Ryan receives care from HomeInstead homecarers three times a day. He wants to live his rest of his days independently at his own home without having to bother his family members to take care of him.

Covid 19 landed a significant impact on the home care industry of Ireland.  The ratio of carer to old aged population has significantly fallen due to the consequences of the pandemic situation. On the other hand, there are an expanding number of families who need to see more seasoned individuals from the family inhabit home, yet there is likewise an expanding number that are not getting appointed carer hours. Irish health survey 2019 estimated that there were nearly 500 thousands carers in Ireland and the number tremendously dropped within this year of lockdown. This situation has advocates an acute shortage of home care workers and indicates that a consequence where the elderly people might have to leave the comfort of their homes.

The HSE Home Support Service, independent carers and the private homecare companies such as HomeInstead, Caremark, Irish Homecare etc. made significant contribution to support the elderly throughout the pandemic. The Department of Health acknowledged the impact Covid 19 on the overall health sector, in fact more so on the elderly care services.

A talk with the Managing Director of the Private Homecare Company HomeInstead Senior care, Ballsbridge Office, 3 Pembroke Place, Michael McElligott gave insights to the service methodology of the private Homecare Industry. HomeInstead is a ‘Nurse Led Agency’, which enabled the company to work closely with HSE to develop covid protocols and training to protect the carers and the clients. Claiming the rate of infection in the HomeInstead community to be very low, Michael McElligott talked about the challenges faced by the carers during the pandemic along with a touch on the training and guidance provided to the use of PPE and other safety measures adapted.

“A shortage in the number of carers is the biggest challenge facing the Irish Home Care Sector at present followed by recruiting qualified carers, followed by meeting the requirements of the client,” says Michael McElligott, Managing Director, HomeInstead Senior Care, Ballsbridge.

A major population of the home carers in Ireland are non-Irish part time workers and for this category of carers the inflation in rent prices and rising living expenses, particularly in the capital city Dublin, has much to do in terms of being able to accommodate with sufficient carers in the city.

“In the process of taking care of an elderly person, a friendship develops with the client and it’s hard sometimes when someone like that dies in front of the eyes,” says Alan O’Donovan, a home care worker from HomeInstead.

“I have not just learnt a lot as a carer but also improved as a human being.”

The homecare as a career for carers, is spoken as rewarding for the ones who act on their altruistic motivations. The job satisfaction of being able to create a direct impact in the lives of the elderly, has been one important factor in motivating the people to join the industry. However, the “zero hours contracts” system, by which carer may not be able to get a minimum number of workhours and at the same time having to compensate the shortage in the number, the carers suffers exhaustion are some of the major challenges of the homecare industry in recruiting persons for the job of carers.

“Home Care needs to be developed as a career – there needs to be a pathway for development and progression within the sector. Training and further education is a big part of how we may attract more staff to the industry. If Home Care was allowed to offer work permits to those from outside the EU it would alleviate some of the pressures on the sector,” says Michael McElligott emphasizing on developing Home Care sector to provide full time work permits to the carers.

“Home Care has been under major pressure since the start of the pandemic. It is not an easy job and has proved challenging for some.”

Michael McElligott highlighted the aspect of pay rates not being an issue of the disinterest of the employees in taking up homecarer as a job prospect as the pay rates in the sector are in line with the pay rates of the Nursing Home Sector, where the latter doesn’t apparently have the problem of shortage in workers.

The inability to meet the requirement of sufficient number of carers in Ireland has been addressed in Irish Budget 2021 keeping in priority the forthcoming crisis in the future failing to address the same. The plan designated 24.2 million home care hours into consideration which is 5 million hours more than that of 2020. However, the fact that despite of the striving efforts of the homecare industry, homecare service has been on the list of ineligible occupations for work permit induces the inability to recruit Non-EU employees, the possibility of meeting the need seems thin. 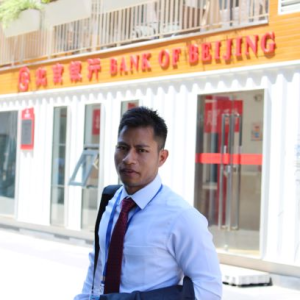