10 songs with covers that make you forget the original

Photo by Nick Karvounis on Unsplash

On The Daily show with Trevor Noah on Wednesday, Dolly Parton said that she would love Beyonce to cover her 1974 classic, “Jorlene”. Dolly Parton appeared on the popular daily show to promote a book co-written with James Patterson titled “Run Rose Run”. When asked about any update on one of her wishes to have Beyonce sing her song, she said, “I would just love to hear ‘Jolene’ done in just a big way, kinda like how Whitney did my ‘I Will Always Love You'”.

The act of covering songs have been in existence for many decades. In the beginning, covers were made purposefully to rival originals, however now it is made to pay tribute to the original song or artist. Many musicians cover songs making it bigger than it originally was. Some artists also choose to use a different style when they cover a song. A license is usually negotiated between the intended cover artist and the copyright holder. Here are ten original songs with covers that rivaled it.

Whitney Houston with Dolly Parton’s “I Will Always Love You”

Dolly Parton wrote and recorded the song in 1973. It was a farewell song to her business partner Porter Wagoner. The country single was a commercial success after it was released in 1974. The original version reached the top of the country chart twice. First in 1974 and again in 1982. The late musician Whitney Houston recorded “I Will Always Love you” for the 1992 movie The Bodyguard, which she starred in alongside Kevin Costner. The single was number one on the Billboard Hot 100 chart for 14 weeks. Whitney Houston’s version was different Dolly Partons’ country music style. With Whitney Houston it was sung in an RNB and Soul style.

Whitney Houston with George Benson’s “The Greatest Love of All”

The song was written by song writers Linda Creed and Michael Masser in 1977. The song was originally sung by George Benson in 1977. It peaked at number 2 on the US Hot Soul Singles Chart that year. It was also originally written for the boxer, Muhammed Ali’s film biography. Vocal power house, Whitney Houston put her own spin on the “Greatest love of all” in 1985. Her version with the amended title “Greatest Love of All” was number one in the United States, Canada and Australia.

Israel “IZ” Kamakawiwoʻole with Judy Garland with “Over the Rainbow”

This song was written for the 1939 movie, The Wizard of Oz. It was sung by actress Judy Garland. Over the rainbow became the actress’s signature song and she performed it for 30 years, just as she had in the movie. Iz was a Hawaiian musician, singer and songwriter. He is seen by many as the best Hawaiian musician of all time. His recording of the song gained prominence in 1999 when it was used for etoys.com (now part of Toys R us) commercials. The song was also featured in movies such as Meet Joe Black, Letters to Santa, and 50 first dates.

“Nothing’s gonna change my love for you is a song written by Michael Masser and Gerry Goffin. It was released as a single in Europe in 1985. On the 2nd week, George Benson’s original version peaked at number 60 on the UK single’s chart. The 1987 cover of the song by 16 year old Glenn Medeiros did better in the charts. It was number 12 on the Billboard Hot 100 in Canada and the United Kingdom. It also was on top of the charts of four other countries in Europe. The song was also featured in a late 1987 episode of Days of our Lives.

“Hurt” was released in 1995 by the Rock band Nine Inch Nails (NIN). It received a Grammy Award nomination for Best Rock Song in 1996. The song refers to self harm and heroine addiction and is quite dark to listen to. 71 year old musician Johnny Cash covered the song for his album American IV; the man comes around. It won best video of the year by the Grammy Awards and Country Music Association Awards. Cash’s cover sold 2,148,000 downloads in the United States as of March 2017. What made the cover popular was Johnny Cash’s voice which was somber, emotional and nostalgic. The music video captured his essence as both a young man and an old man.

This song was originally released in 1986. It was both early rock and roll and gospel. The song got famous again after the death of Cohen in 2016. It then entered the American hot 100 for the first time. Cohen had many variations of the same song. Jeff Cohen recorded the song for his only album Grace in 1994 which was released as a single in 2007. Sadly he passed away in 1997 before the song received commercial success. In 2004, Buckley’s version was ranked number 259 on Rolling Stone‘s “The 500 Greatest Songs of All Time”.

Disturbed with Simon and Garfunkel’s “Sound of Silence”

The song was original recorded by the American duo Simon and Garfunkel in 1964 and was included in their debut album Wednesday morning, 3am. The song was a top ten hit in many countries. It was originally sung as a classical folk rock song. 50 years after its first release, American heavy metal band released a cover of the song. The cover was number one on the Billboard Hard Rock Digital Songs. As of March 2022, the song has over 790 million views on YouTube.

The song was composed by Charles Fox and written by Lori Lierberman and Norman Gimbel. Lori Lierberman was denied writing credit by her collaborators and released her version of the song in 1972. However, it did not chart. The song has been covered by many artists, including Roberta Flack. In 1996, the Fugees released the song with Lauryn Hill as the lead vocalist. The group also added a bass reggae drop. This version was number one in 20 countries. It also won the 1997 Grammy Award for Best R&B Performance by a duo or Group with Vocal.

The original version was by Neil Diamond in 1967. The original was also a somber acoustic ballad. This version reached number 62 on the Billboard Hot 100 chart in 1968. UB40 put a soft reggae spin on the song. The single was number one on the UK Hot Singles Chart in August 1983 and was number 34 in the US. The groups’ version also hit number one on the Billboard Hot 100 Chart in October 15,1988.

Amy Winehouse with The Zuton’s “Valerie“

The English indie rock band Zuton first recorded “Valerie” in 2006. The song became a success in the summer of 2006 and peaked at number 9 in the UK. It was then covered by Mark Ronson and Amy Winehouse and reached number 2 on the UK Chart in 2007. It spent 19 consecutive weeks in the top 20 and was the UK’s ninth biggest-selling single of 2007. The cover was featured in the movie 27 dresses and a documentary film biography of Amy Winehouse Amy.

If Beyonce decides to cover Dolly Parton’s “Jolene”, she will make a lot of money from royalties from that version. 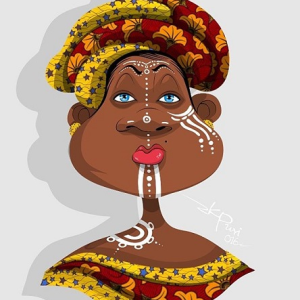 I am a student journalist that loves music, art, life and anything to help me express myself. I'm also an unapologetic Kdrama lover.
All Posts