Will Music Festivals Go Ahead This Summer?

Photo by Danny Howe on Unsplash

Last year, the COVID-19 pandemic prevented all musical events such as concerts and festivals from going ahead but organisers are optimistic that these events will take place later this year.

With the vaccination programme under way in both the UK and Ireland, several events have put tickets on sale, confident that fans will be allowed to gather to hear their favourite artists.

Back in March, Electric Picnic said they were hopeful the vaccination roll out will be complete in time for Ireland’s festival season. However, organisers stressed that the event is entirely in the government’s hands.

The music festival made a statement after an article was published with an interview with someone claiming to be one of the festivals ‘organisers’. The official EP twitter tweeted the following:

“The person being interviewed is not one of the organisers and his points are his points and we have asked for the article to be taken down”.

“The Electric Picnic team remain hopeful that the vaccination roll out will be complete in sufficient time to allow the festival to go ahead obviously but remain in Government hands for that”.

The festival is currently scheduled for the 3rd-5th September and attracts approximately 70,000 people to Stradbally, Co. Laois every year. It was cancelled last year, a few months after the initial lineup was announced just before the country went into its first lockdown.

One Laois councillor shared his worries stating that the festival shouldn’t go ahead unless there’s full vaccination by the planned festival dates in early September.

Although plans for Irish festivals are unclear, festival organisers in the UK have been given the green light to plan for events later in the summer with restrictions being lifted on June 21st. Unfortunately, events such as Glastonbury were cancelled as they were scheduled early in the season.

Glastonbury is one of the biggest festivals in the world with over a thousand performers, 100 stages and 200,000 fans attending meaning organisers had to make a quick decision on whether the event was to go ahead. News broke back in January about Glastonbury’s fate when a statement was released by organisers.

“In spite of our efforts to move heaven and earth, it has become clear that we simply will not be able to make the festival happen this year. We are so sorry to let you all down”

Acts such as Coldplay and Haim have agreed to perform for a ticketed live-stream show for Glastonbury in late May so fans won’t be left disappointed!

Do you have any worries about music events going ahead this year? Tell us below in the comments. 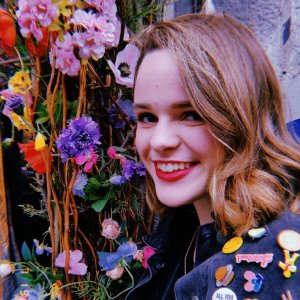