Why is citizen journalism a must?

Journalism has evolved into a new stage with the technological developments in the 20th century. Audiences started to create their own content, the old model passive receivers became proactive consumers.

This phenomenon can be analyzed in two perspectives: It has enabled people to have an alternative way of reaching information without any kind of regulation and censorship which led the audiences to express themselves by using those new tools and gain a new voice and also a freedom of expression.

In the other hand, easy and immediate access to information changed the way of the process while a sudden increase in the number of sources created a giant diversity in terms of quality and reliability of the news.

In democratic societies, the free press works as a watchdog on the government, providing the necessary information and news for citizens to make judgments about fundamental issues. It also serves as a forum for informing citizens about the existence of different ideas and perspectives, contributing to the multi-facet of democracy.

According to the liberals, the best way to ensure the happy togetherness of journalism and democracy is through the free market. Like commodities, ideas will also compete in the free market, so it will become easier to understand the difference between good and bad, harmful and useful, lie and truth.

However, the monopolization tendencies in the press and other mass media make the propositions of the liberal approach questionable. The free market brings about monopolization by its nature, and pressures from media owners pose a threat to the plurality of democracy.

Citizen journalism seems to aim to expand the level of citizens participating in democracy, including traditionally excluded groups. Media businesses, however, only deal with groups that appeal to advertisers. Those who determine the profit of the media business are not readers or viewers, but advertisers…

Websites such as OhmyNews, which was established in South Korea in 2000 as a journalist movement with the participation of citizens, were considered to be the evidence of the success of citizen journalism. OhmyNews website has been created with the slogan of making every citizen a reporter by using computerized network technologies. Every day, hundreds of news from homemakers, students, professors and other journalists are sent to the site. With 53 permanent reporters and editors, there are 26,700 citizen correspondents and approximately 1 million readers.

As a new and free platform, the facilitative effects of the internet were undeniable. With new possibilities, well-known bloggers such as Jeff Jarvis from BuzzMachine.com can attract a large audience. Jarvis’s reporting style, which he calls hyperlocal journalism, involves informing about events that appear to be of little relevance to a tired reporter, but that concern local readers. The events involved can cover everything from a regional meeting to educational sports. At the same time, a monitoring activity is carried out on the news of large media groups.

From the perspective of journalistic practices, the slogan of OhmyNews “Every citizen is a journalist” is worth to focus on. This clearly states that it is time to revise the definitions and functions of news, newspapers and journalists under changing conditions. 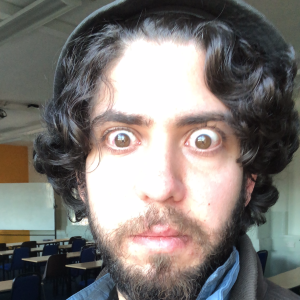