Why does Leap Year exist

Saturday is Leap Day; the 29th-day of February which only exists every four years. Have you ever asked; why we have a 366-day year when its common knowledge earth’s orbit around the sun in 365 days? Well, it’s 365.25 days or thereabouts and this quarter-day complicates our perfectly designed calendar.

A six-hour day would be impractical and, in practice, there are only 365 sunrises and sunsets annually. However, those hours add up over years so we simply can’t ignore it forever otherwise in several hundred years Ireland would be celebrating Christmas in summer. So to keep our calendars correct, every fourth year we combine those additional 6 hours to make a full 24 hour day thus balancing the calendar on a quadrennial basis.

That’s it, now you know, case closed. Well not quite!

Remember when I said 365.25 “or thereabouts,” we’ll over time that discrepancy adds up too. 45 minutes every four years to be exact. So to balance the books yet again, the leap year is dropped approximately three times in four centuries. There is a whole mathematical equation to decipher this “Leap Cycle.” Dateandtime.com  explain;

Are you still with me? Don’t worry even computers find it confusing. Known as the Leap year bug, many computers if programmed without consideration for leap years vs commons years will fall out of sync with the dates. But we need not worry about another Y2K-like bug again until about 2100.

If you think that’s complicated, the Chinese calendar has a leap month. But that’s a story for the folks at “How Stuff Works” to explain. But it does highlight one thing, calendars are not an exact science and if there are multiple calendars what makes one different from the other?

The Georgian Callendar (Which has become the world’s standard) is an example of a ‘solar calendar.‘ Meaning its dates are based on the position of the sun relative to the stars. The Chinese calendar, by contrast, is lunisolar. It’s based upon the phases of the moon, which is why Chinese New Year varies between January 21 and February 20 each year.

The Georgian calendar is a reformation of the Julian calendar produced by Julius Caesar. The Julian calendar introduced the quadrennial Leap Year, however, didn’t consider the consequences of a 45 minute ever four-year discrepancy. By the 1500s the calendar drifting so far off sync with the seasons, Pope Gregory XIII was forced to reform the system in 1582.

The calendar is still not perfected, but it’ll take 2,500 years before we notice any issues again.

If you think that’s bizarre, here are some more quirky facts about Leap year.

If your not a clock-based employee and on a fixed wage, you’re going to find yourself working one extra day this year unpaid. The mirror reported on this issue citing BrightHR Chief executive Alan Price

“A typical year typically contains 52 weeks plus one day, but, thanks to the extra day in February, leap years have 52 weeks and two days”

The most obvious is the “leadings.” Those 1 in 1461  who are born on February 29th. Call it unique or u fortunate these individuals get to celebrate their quad-annual birthday this year. Every other year, they choose to celebrate either on February 28th or March 1st.

Once such individual Doris Cleife is celebrating her 25th birthday this year, although she was born in 1920. Check out her story at https://www.bbc.com/news/uk-england-hampshire-51674793

Leap years are popular among the ‘soon to-be-weds’. It is the one time that it’s traditional for the lady to propose to the man. This is the stuff of Hollywood movies and fantasy novel, yet many couples do get engaged on this special date.

But beware… should the gent in question decline, tradition dictates he is to buy the lady 12 pairs of gloves… like seriously?

Greeks believe it’s unlucky to marry on a leap year and Leap Day is a no-no! 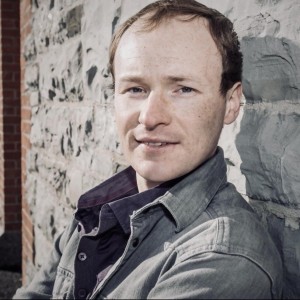