Varsities day 3 – division A and B finals – match reviews (male)

Day 3 of Varsities closed in and there was definitely some heavy legs out on the court. It was the closing up game so everyone at this rate has played at least 4 games.

The four huge finals took centre stage at the University of Limerick, as the 2018 Intervarsities came to a thrilling end, with NUIG (men) and DCU (women) both completing league and varsity doubles this season.  The crowd were torn they really didn’t know would win, the game started off slow paced but it was a suspenseful finish.

The Men’s Division A final took place on Monday 9th of April, NUIG ran out 78-70 point winners in a thriller against Ulster University in a repeat of this year’s league final.

At the start of the match was very smooth and slow paced with a 2-0 lead to NUIG.

There were huge performances from the MVP Tomas Mitkus and Eoin Rockall, in particular, helped drive NUIG forward, with Kenneth Hansberry chipping in with some huge scores in the closing quarter to edge the tribesmen ahead.  Predictions were set in place that it was going to be a close game as they had played the finals a few weeks ago and the score was extremely close.

Luke Eddie, three-pointer shooter was the one to look out for in this game he’s known to get 3 pointers on the regular.

Eoghan Rock also is known as ‘Rocko’ playing his first varsity and overall he made a huge impact.

The things that really made a big impact on the result of the game was easy mistakes. Aaron Golding missed his two free shots after being fouled there was also multiple missed layups from the UU side. There were a good few stumbles made by both teams, easy mistakes, but they had been playing all weekend so it seems acceptable.

Sean Quinn went on and got a 3 pointer and made it look completely effortless. Things started to pick up towards the ends of the first quarter with a score of 7-5 to NUIG

The end of the first quarter began to get suspensful with a 12-12 draw.  Later on, there was a surprising 14-12 lead to UU. UU began to get fired up leading the game, NUIG decided to call a timeout. It was a slow scoring match at the start but the points stacked up and it was a 21-14 lead to UU.

The game might have started off slow paced but there were some good steals and shots.  One of the teammates on NUIG said ”The game lacked spin cycles and dunks but it’s still great to watch their determination.” ”The teams both had very good players, but NUIG has the power to dominate and go five on five off they’ve got that depth and they’ve got great defenders.”

here was a much needed 3 pointer from ‘Rocko’ to leave the result 17-21.Suspense grew again as the score reached 31-32 to NUIG

The third quarter was very suspenseful with a lead from NUIG 40 -38. NUIG lead a very strong game, UU was just as strong though but slacked behind in the fourth quarter

Luke Eddie helped the team lead from the point and Keelan Cairns made some vital scores down the stretch to keep the game in the melting pot. Overall, they were to two pivotal players on the team. It was NUIG’s day though, and leading by three points at the end of the third, they rallied well against a big Keelan Cairns fourth-quarter comeback to hold out for their victory. 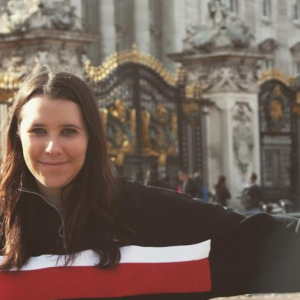