Townie or Culchie? The Early Years

The Urban/Rural divide in Ireland is something that has been there since Waterford was founded in 914. Being the first city in Ireland locals would have had easier access to services than those who were dispersed around the rest of the country. Services meaning some form of Blacksmiths or Potters, not tapas bars and rickshaw rides, however, the variety and accessibility to services and businesses in urban areas compared to rural areas, is a factor that has been prevalent throughout history.

More than ever we are hearing, watching and experiencing this Urban/Rural divide being discussed and debated. With the Government releasing their plans for Project Ireland 2040 on February, 16th the differences facing both areas are being brought into the limelight of the headlines.

To drift away from the dreary news of economic deprivation between both, lack of infrastructure and all round gloomy talk, let’s take a look at the differences we grew up with. Whether a Sunday was spent with a walk down O’Connell Street or day in the bog.

N.B. Not to be taken literally, thankfully we all have different memories.

Firstly let’s start were it all began, Education: If you were brought into this world and it turned out that your residence was going to be in a city then there’s a high chance your name was put down on a school waiting list before you were even born. The rivalry between nearby schools crossed over much more than the sports field, you may be living on one side of the city but attending a school two buses and a bridge away. Whereas if you were brought out to the countryside after leaving the maternity ward school places were the thoughts of another four years away. There was still a lot of mud-splashing to get through yet. The bus journey in the country could be seen as the same as a tour bus to many, waking up at 6am for a 9am start was normality to those who lived in neighbouring parishes. The ones who lived farthest away were always first at the school, compared to those who lived across the road arriving late. The choices of schools in an urban area are varied, are you to be a star rugby player? Is Trinity the only option? And in more recent years, what type of accent will you invest in for life? On the other hand if you grew up in a small rural village there’s a possibility the principal was your father, the secretary was your aunt and your future wife/husband was the first person you sat next to. The one national common similarity that all schools had was a question we had to remember ‘An bhfuil cead agam dul go dtí an leithreas?’ 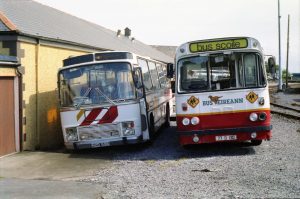 Childhood Activities: They are the fondest memories most of us remember, maybe you grew up in a detached house down in a valley or maybe you grew up on the 10th floor of a complex; either way the craic you got up to when the only real responsibility was to be in by a certain hour was the best craic you’ve ever had. Growing up in an urban area for a lot of people meant living on a housing estate, some consisting of over a thousand houses, such as Kilnamanagh which was one of the largest housing estates in Europe at the time it was built. Given this, dull moments were a rare occasion, with greens and parks spreading the width of some villages’ town squares, late nights of “Tip the Can” or “Kick the Can”, “Knockadolly” or “Nicknack” depending on your dialect. These games were played till you were made come home or in the summer evenings till it got dark.

In the countryside it may be the case that your nearest friend was a few kilometres away, this would mean that you had to come up with your own sense of adventure, or better still prepare for the big adventure for when you did gather. If you came from a farming house one of the highlights of haylage or silage season was the stacked up bales that would be mounted in the barn. Jumping from bale to bale like an extreme form of the jungle gyms we now have. Cycling was a great enjoyment growing up whether you were from the country or the city. If you were from the countryside having a bike gave you a whole new level of independence, getting to your friends on the other side of the town and gaining members as you take off like Hells Angels on the adventure down the local woods. These were some of the days that turned us into young adults more than anything. 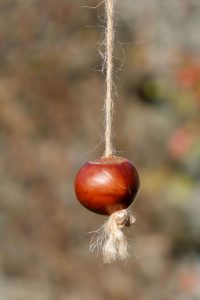 With all the intriguing, exciting and talked about amenities popping up in the cities, there was never a case of “What to do?” there are the options of cinemas, bowling alleys, Lesiureplex’s, swimming pools and more and don’t forget the stop off at McDonald’s on the way home. Without this list of places to go in the country you had to make use of what you had. Conker fights were an educating and fun way of passing some time, the process to getting a piece ready to use was sometimes the most fun. From piggy backing each other to get the Horse Chestnut down from the tree, to using different secretive methods of soaking them, to getting the shoe lace through, it was a childhood equivalent of preparing for war.

Coming of Age: In Ireland it is sad to say but alcohol plays a part in a lot of our culture, humour and lifestyle and being a teenager can certainly involve some of the first experiences with the devils water. If you grew up in a city or the countryside your first experiences might differ though, from when you had ‘that first drink’. Drinking in fields or bushes is something that a lot of people growing up in Ireland have taken part in or have witnessed. A common trait amongst people from rural areas, and this does not mean that all rural pubs serve underage, however it is widely known that by the age of 16 or after the Junior Certificate you will find the pool rooms of rural pubs frequented by the locals new generation. A lot of time this did not go the same for those growing up in urban areas, the bush drinking carried on till near legal age and when the time came for college it helped those who were used to a pub environment in what ways to act but it also took the excitement of this new world away.

Relationships nowadays have become much more wider on geographical terms, the constraints of transport and communication have been freed due to technology. Saying this there is still a difference in the early days for relationships if you’re from an urban/rural area. As mentioned above if you are from the countryside there is a stronger possibility that the love of your life could be someone you attended primary school with. If it was a first romance in a sleepy village there is a high chance of knowing that person and you will see them again, and again. Growing up in a city gave you freedom to know someone that might not be from the same neighbourhood, with public transport you could spread your wings and travel the city. Not only for relationships but for a necessity getting your driving licence at 17 is part of life if you are not from an urban area. From Donegal to Dublin on average the people sitting their driving test are 10 years older in Dublin, according to driving instructor Terry Carrolan who you can hear in this RTÉ radio documentary focusing on driving in Donegal.

As the time comes for us to flock from the nests we see a lot of those from rural areas move to the big shmoke. For work reasons or sense of adventure the city calls the youth and the youth delve in. Some end up staying for good and others return to the homeland but rest assured those who adopt to the city will never say it is where they are from. Roles are reversed for city dwellers and country folk as the urban locals escape to Dunmore East, Lahinch or West Cork and the rural community come in droves to the lights. Wherever one may be situated in later life is down to choice but for them years that we were given our place of locality are the years that thought us how to make that choice.

If you feel like your favourite memories have been left out or that the differences are not how they have been described here, then feel free to comment below. 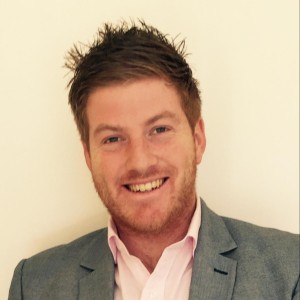