TOP 5 Thriller Movies That Will Blow Your Mind (NO SPOLIERS)

Thriller movies are those that keep you tense for the whole movie and at the end you get the plot twist of your life. However, there are some better than others and after watching hundreds of them here are the top 5 movies that will make your head explode:

A Spanish thriller and mystery film written and directed by Oriol Paulo. It was released January 2017 and did not disappoint anyone.

Successful businessman Adrian Doria (Mario Casas) is caught up in a nightmare when one morning he wakes up in a hotel room next to the corpse of his lover. He is convinced of his innocence, but the evidence proves otherwise. To prove his innocence, he hires one of the best lawyers in the country to advise him. A plot that at first may seem basic but that keeps you trapped throughout the film. The ending, THE BEST.

A 2006 American action thriller film directed by Paul McGuigan and starring Josh Hartnett, Bruce Willis, Lucy Liu, Morgan Freeman and Ben Kingsley. Undoubtedly one of the most complete movies that has a very crazy plot, some great actors and dialogues that border on perfection.

A young New Yorker named Slevin (Josh Hurnett), unlucky in love and unlucky in life, finds himself caught in the middle of a war between the two most respected and feared mobsters in the city. Without knowing why and with all eyes watching him, Slevin tries to create a plan to escape as soon as possible from the nightmare in which he is immersed… However, NOTHING IS WHAT IT SEEMS.

Another Spanish film of 2018, and directed again by Oriol Paulo, which we will see once again in this top later.

A mysterious interference in the TV set allows Vera (Adriana Ugarte) to save the life of a child who lives in her house BUT 25 years earlier. What she does not know is that changing the past causes a chain reaction that makes her wake up in a new reality where her daughter was never born and her life is different.

The last film of the top Spanish film by director Oriol Paulo, which was released in 2012 and undoubtedly set a precedent for the rest of Spanish thrillers.

The corpse of a woman (Belén Rueda), who died that same afternoon of a heart attack, mysteriously disappears from the morgue without leaving any trace or any evidence. Inspector Jaime Peña (José Coronado) investigates the strange and creepy event with the help of the missing woman’s widower.

It is by far the darkest and darkest film of this top but it is worth the hard time.

An American film directed by Tom Ford and released in 2016 that takes us on a journey into the hells of guilt, abandonment, and crushing loneliness.

Susan Morrow (Amy Adams) lives in a kind of big lie where she shares a life full of luxuries, but empty, with her second husband. Everything is destabilized when Susan receives a novel written by her ex-husband, from whom she has had no news for years. This completely unsettles the woman, who is attacked by the torments of the past and who hides far more secrets than she thought. 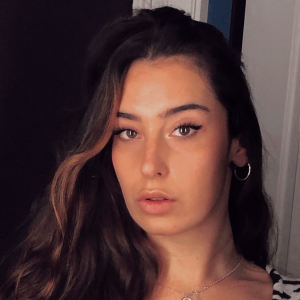