Mario had an film adaptation, but we'd rather forget about it. Credits: Pixabay

For very understandable reasons, video games have always been an object of fascination for directors and studios. However, if adapting a video game often looks like an easy task, the Hollywood reality often proved otherwise. In itself, a video game has particular characteristics, like a setting and an intended target audience; an adaptation reframes all of it and should force film creators to ask themselves those same questions. Let’s be honest, most of the time, they don’t. They adapt video games for what their idea of a gamers’ audience is – and it not only give birth to lacklustre finished products but also raises concern as to how they came to develop their views on the video game industry and its audience.

Over the last few years, a silver lining pierced the clouds. Directors finally showed care about their films when adapting video games and narrowed down the number of people they aimed to reach, understanding that trying to please the majority would end up pleasing no one at all. Here is a list of the five best video games adaptations from the last decade.

In 2019 came out the first “live-action” based on the mythical Pokemon franchise, which started in 1995 when the idea of Pocket Monsters struck Satoshi Tajiri. The film tells the story of Tim Goodman (Justice Smith), who abandoned his dream of becoming a Pokemon trainer after his mother died and his father disappeared. However, when he hears news of his father’s death, he rushes to the main city only to fall upon a talking Pikachu (voiced by Ryan Reynolds – a genius idea) who believes Tim’s father is not dead. Together, they seek to find the truth about Tim’s father all the while learning more about the young boy’s past. The film is the direct adaptation of the game Detective Pikachu, and it owns its success to its creation of a believable real-life Pokemon world. Starring a good cast (Ken Watanabe, Bill Nighy), a convincing story, and appealing to both newcomers and first-hour fans, it takes the top of the list.

It seems weird that nobody ever thought of making a live-action based on the adventure of a blue hedgehog running at light speed before 2019. However, when Paramount released the first trailer, most of the audience felt a bit sick. Sonic’s design was… well, not very Sonic-like, to say the least. Thankfully, six months later, the studio came back with a much more faithful depiction of Sega’s mascot, even though we’ll never know if they had it under their belt for all this time – in which case they used the whole story as a publicity stunt – or if they animators had to work like crazy during that timespan to recreate a Sonic that would please the viewers. Nevertheless, Sonic ended up being everything you might expect from it: the first encounter between Sonic and the protagonist, a lot of goofy jokes based on speed, a simple – to not say extremely simplified – plot about the power of friendship and how to use your powers to protect your friends. The icing on the cake – and one of the major reasons to see the movie – is Jim Carrey’s performance as Sonic’s historical nemesis Dr Eggman.

Blizzard Entertainment’s star title should not need any introduction. With its millions of players and its incredibly rich backstory, the live-action announced for 2016 (and directed by Duncan Jones, the son of David Bowie) did not surprise anyone. To this day, it also remains the most successful adaptation in terms of box-office, bringing in more than 439 millions of dollars. Critically speaking, however, it divided the fans.

4 – Prince of Persia: The Sands of Time

Quite surprisingly piloted by Disney, Ubisoft’s title set an interesting precedent for video game adaptations, showing they could be the product of bigger directors (Mike Newell directed the big-screen adaptation of Harry Potter and the Goblet of Fire). Starring a premium cast with Jake Gyllenhaal, Gemma Arterton and Ben Kingsley, the film remained an object of interest more than a critical success, despite performing well at the box-office with more than 336 millions of dollars collected.

The last entry on the list owns it to the ineligibility of sequels, otherwise, some Resident Evil might have trusted this position. The second adaptation of a Ubisoft title to be here, its true strength is how hard it tried to be good. Assassin’s Creed raised the same concern as manga/anime live-action made by Hollywood: can you tone down the intricacy of a narrative to widen its target audience? If you can, is it possible to manage at the same time to satisfy the fans? The film succeeded in the first aspect but failed in the second. Most viewers failed to see that its main goal was to set a backstory to an upcoming Assassin’s Creed adventure happening in modern times. However, the film might have performed too poorly for a sequel to ever come to life. Unfortunate, as it will remain as a big missed opportunity. 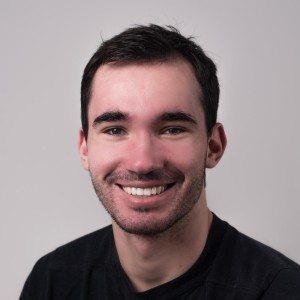