Photo by Quick PS on Unsplash.

The Fox and the Hound tells the story of two unlikely friends, a fox named Tod and a hound dog named Copper. The two meet and play together during their younger years and soon make a vow to be best friends forever. However as they grow older their friendship proves to be difficult due to the surrounding social pressures demanding them to be enemies. The story of their struggle to preserve their friendship will tug at your heart strings.

The Aristocats was the 20th Disney animated feature film. The film is set in Paris 1910 and revolves around a family of aristocratic cats, and how an alley cat acquaintance helps them after a butter kidnaps them to gain his mistress’s fortune which was intended to go to the cats. This movie not only has beautiful little kittens but it also has an amazing soundtrack!

The Rescuers is a must see Disney classic. The movie is about the Rescue Aid Society which is an international mouse organisation (similar to the United Nations) that is dedicated to helping abduction victims all around the world. the story follows two mice who venture to the Bayou in order to rescue a little orphan girl from a treasure huntress. This movie is packed full of adventure and is a fun movie for the whole family.

This movie is packed with mystery and adventure. Based on the children’s book series Basil of Baker Street by Eve Titus, it draws heavily on the tradition of Sherlock Holmes, with a heroic mouse detective who takes up the case of a kidnapped toymaker. The main characters are all mice and rats living in Victorian London, giving young audiences a taste of the culture of the time period.

Following the story of Robin Hood who steals from the rich to give to the poor, this Disney adaptation is definitely underrated. Retelling of the classic tale in a way for younger generations to understand through the use of anthropomorphic animals, this film is full of love and humour. The story follows Robin Hood, Little John and the inhabitants of Nottingham as they fight against the excessive taxation under the rule of Prince John, including the love story as Robin Hood wins the hand of the beautiful Maid Marian.

Atlantis is the perfect all rounded movie, combining elements of science fiction, fantasy, action and adventure. Being Disney’s first science fiction film its surprising that the film didn’t get as much recognition as it deserved. The film is set in 1914 and tells the story of a young man who gains possession of a sacred book, which he believes will guide him and a crew of mercenaries to the lost city of Atlantis. The film made greater use of computer-generated imagery (CGI) than any of Disney’s previous traditionally animated features. Whats interesting about this film is that linguist Marc Okrand constructed an Atlantean language specifically for use in the movie.

With so few Greek mythology based movies, Disneys movie Hercules is definitely a must watch film. It tells the story of Hercules, the son of the Ancient Greek gods Zeus and Hera, who is turned mortal by Zeus’s jealous brother and ruler of the underworld Hades. Hercules then takes on the mission to become a true hero with the help of Pegasus and a satyr called Philoctetes to earn his place among the gods. Along the way he fights monsters sent by Hades and falls in love with the beautiful Megara. This movie also includes an incredible soundtrack.

This movie emphasises the importance of family, and just how far you’ll go for the people you love. Brother Bear tells the story of a boy who pursues a bear in revenge for a fight that he provoked in which his oldest brother was killed. He tracks down the bear and kills it, but the Spirits, incensed by the unnecessary death, changed him into a bear himself as punishment. In order to become human again, he must travel to the mountain where the Northern lights touch the earth. On his way, he is joined by a loveable little bear cub, and learns to see through another’s eyes, feel through another’s heart, and discovers the true meaning of brotherhood.

The story of the boy who never grew up, Peter Pan is full of magic and wonder. It is the story of how John, Michael and Wendy Darling are taken away to Neverland by Peter Pan and the cheeky fairy Tinker Bell and the adventures they have there, including fighting the notorious pirate Captain Hook. Since this film was released many films have emerged based on the same story including the 2003 live action Peter Pan and the 2004 Finding Neverland films.

The film is based on the 1998 novel ‘Holes’ by Louis Sachar. It was co produced by Disney and Walden Media and grossed a domestic total of $67.4 million and an additional $4 million in international revenue. The film was rated at 78% by Rotten Tomatoes with the site’s consensus reading, “faithful to its literary source, this is imaginative, intelligent family entertainment.” The story follows a young boy who is accused of stealing and sent to a juvenile work camp where him and his fellow camp members are made to dig numerous holes in the desert. However, the warden has her own selfish reasons for making the boys dig these holes… 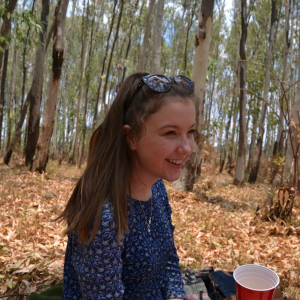 Jordan Charnley is a Zimbabwean passionate writer and aspiring journalist. She was the editor for the Student Media Awards 2020 nominee DUB8 magazine and is currently studying journalism and media communications.
All Posts