Witches and Feminism: blurring the lines between fact and fiction

The Wicked With in The Wizard of Oz - Photo credit: Ninian Reid (Flickr)

Witches have power, extra strength. They embody independent women, endowed with intelligence; they represent a model to follow. Who are these fearsome creatures in Renaissance Europe? Who are those of modern times even more present than their elders? Focus on two unloved witches put forward my Mona Chollet in her book Sorcière, la puissance invaincue des femmes

A witch dressed in black and a hat. She has a crooked nose, hands and long nails. The witch prepares her magic potions in her pot and lives in an abandoned house. We are getting closer to characters created from scratch to scare children. The wicked witch of the West, in The Wizard of Oz is telling you something? The only common point that determines the wicked of fiction and those burned on the pyres is fear. Women who are freed from all domination and limits, who know how to control the power of plants. They are cultivated and sexually liberated; there is definitely something to be afraid of! They are formidable creatures. At the time, women were a real threat and became the target of witch hunts. A movement present in all civilizations, which began in 1430 in Europe. In the more recent movements, witches are feminists, women fighting not to be assimilated to a man, to have the right to have children alone, to die a widow or to have an abortion.

Anna Göldi: the last witch executed in her country

Walter Hauser, a journalist, and author of the investigative book Anna Göldi, the murdered justice, denounces: “Anna’s story is a mix of mysticism, suspense, sex, and crime,”. She worked for Mr. Tschudi, a physician, magistrate, and rising political figure. She took care of his five daughters. After she filed a complaint against the housekeeper for sexual harassment, Anna was accused of black magic towards one of the Tschudi girls. She would have bewitched the girl, putting needles in her soup, so that she fell sick. Anna was arrested on February 1782 and then subjected to torture. She confessed to having made a pact with the devil. The trials in witchcraft were no longer allowed at that time, the court, therefore, prosecuted her for “poisoning” and was executed in June of the same year at the age of 48. Anna was the last so-called “witch” to be sentenced in her country: Switzerland. A museum was created in her honor in Mollis, an ancient municipality in the canton of Glaris in German-speaking Switzerland. Only a year later, the deputies of the Canton Parliament decided unanimously that the maid was innocent. She has been completely rehabilitated. An envelope of nearly 75,000 euros was released to organize a show about her life.

Gloria Steinem: a monster of
feminism

A journalist committed to defending women’s rights in the early 1970s, Gloria Steinem is one of the great figures of the “second feminist wave.” When asked by a journalist why she did not want to get married, Gloria replied, “I can not mate in captivity.”
Writer, reporter, activist, essayist, this monster of feminism writes about a patriarchal society. It is distinguished from other women by a special approach, linking both the cause of women in the class struggle and the fight for minorities. In 1969, she published After the Black Power, the liberation of women, article appearing on the pages of New York Magazine and which opens the doors of a world-wide reputation as a feminist leader. In 1971, Gloria co-founded with Dorothy Pitman Hughes, the magazine Ms. (Mizz), another second-wave feminist. This acronym, which does not mean “Miss,” nor “Madam,” offers women the possibility of being neither related to a single woman nor a married woman. The Mizz are women, without visible marital status. The term invented by a civil rights activist, Sheila Michaels, was the subject of law the same year as the creation of the magazine. The text allows the use of Mizz on federal forms. 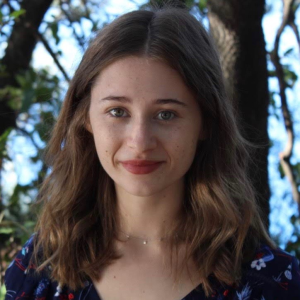