The rise of the streaming era

How much would you say you know about the world of gaming?

If I asked you to just take a minute and think of everything and anything you possibly can about gaming from Pac Man, space invaders, to Super Mario, fifa, call of duty, candy crush, angry birds, Xbox, PlayStation and PC’ s, the works. See how much you can up with. If you’re like me, you might think if you’re fairly up to speed. You might have played a lot when you were younger and, from time to time you still do. On the other hand, maybe you’ve no idea. Maybe, you’re completely out of the loop and gaming was always just something you understand to be more your brothers area, or your son or daughter, and you simply never got it. Either way, the current evolutionary trends of the gaming industry today are very interesting.

Recently I’ve been slowly becoming aware of a lot that wasn’t on my radar, essentially there’s much more than meets the eye when it comes to gaming. Take Twitch for example.

Twitch, is the biggest live streaming platform in the world with over 9 million active broadcasters. Essentially, it’s a space where streamers can rise through the ranks and grow a vast following in no time. Twitch communities are quite vocal and extremely loyal. People can spend hours watching their favourite players and interacting with them in real-time, which allows for a strong connection to grow between them and their followers over time.

These gaming communities are fast becoming the focus of marketing campaigns as people are really beginning to wake up to the value in it. Pro streamers are out there earning a very good income. For example, Richard Tyler Blevins, or as he’s known to the gaming community, Ninja, is a pro gamer with net worth of $25 million. Having initially started streaming his performances for esports teams, he gradually began to make a name for himself when he started playing Fortnite. Playing Fortnite live on stream with names such as Drake and Travis Scott allowed Ninja to break previous viewer count records on Twitch. As of March 2021, Ninja’s channel has the most followed channel on Twitch with 16 million. He also has a huge collection of sponsorship deals and endorsements. So for all the parents out there who relentlessly told their children that they can’t make a living from playing their PlayStation, as it turns out, you can.

The gaming landscape has changed dramatically. Gen-Z are said to be the most technologically capable demographic cohort yet. With the prominence of social media and the rapid expansion of the gaming industry, how long before a significant portion of kids aim to pursue gaming full-time?

In order to understand all of this a bit more, I interviewed two guys who’ve recently started streaming their gameplay on twitch. I wanted to know how gaming moves from an ordinary hobby to something more serious, while also remaining as an escape or something you look forward to in your day. Similarly, I wanted to know what it means to be a streamer. What does it entail? Despite only having started, these guys already have followers, subscribers, routines and goals. They spoke about the misconceptions that still surround gaming and how they might challenge them. Finally, they spoke about where this is all headed and how it feels to finally receive support for doing what you love. 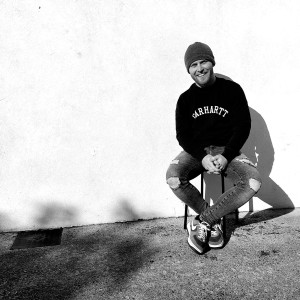