The offspring of Gaelic Literature

Seán Ó Sé was a hard-working Irishman, father of seven kids and a devoted husband. Yet he still had time to write two of the most influential books in the Irish language: Buile Shuibhne and Cuimhní Pinn, Cuimhní Cinn. We are talking with Tiarnán Ó Sé about the brilliant mind of his father Seán Ó Sé, for those who believe that family and culture are the greatest treasures of life.

It was a typical cold Friday, as is commonly the case with the Irish weather. In his flat at six o’ clock we arranged to have an interview. I was expecting to transcribe all of the interview details and correctly spell all Irish words, with a bit of luck.

I was hoping that the coldness of this day would not be a sign of the temperature of the interview, because we would be talking about a personal and delicate subject. I wanted to gain an insight into the legacy that his father left him.

I am talking with Tiarnán Ó Sé, son of Seán Ó Sé, who was a journalist, poet, short story writer, reviewer and Irish language translator in Rannóg an Aistriúcháin (Translation Department of the Houses of the Oireachtas).

I am carrying out this article while walking on egg shells. Firstly, the media should talk about people like Seán Ó Sé more often. We should give him the same status as a celebrity. We should give more value to people who look like ordinary people; but who live their life with values, ethics, hard work and little glamour. They deserve, due to their legacy, all the applause and respect that their works deserve; in this case, Buile Shuibhne (2010) and Cuimhní Pinn, Cuimhní Cinn (2010) written by Seán Ó Sé.

Tiarnán’s flat is surprisingly warm and as soon as I enter, he gracefully offers me a tea. The traditional Irish welcome.

“Dia dhuit!”, I confidently say to him, as I had practised over and over again the night before. “Dia is Muire dhuit”, he replies, with a look of surprise but also great delight.

I explained the details of the interview to Tiarnán and what exactly I wanted to discuss. I wanted to get straight down to business; it’s not every day that you have get the opportunity to interview the son of a well-known Irish language writer.

On 19th November 2017, it was the twenty-second year anniversary of the death of the brilliant mind of Seán Ó Sé. As Tiarnán explains:

My dad was a true Gael, an Irishman who was passionate about the Irish language and culture. In my opinion, he was one of the last true Gaelic people in Ireland. He was of a different era, an era that is slowly in danger of being lost forever

After sharing this, I could see his eyes swell up, but possibly more due to pride for his father rather than sadness.

For those who don’t know, Seán Ó Sé wrote two seminal books in Irish. His first book, Buile Shuibhne (2010), is a modern Irish interpretation of a 12th-century Irish tale about an ancient king who is forced to wander around Ireland due to a curse put upon him by an Irish saint.

Seán Ó Sé was born in the west Kerry Gaeltacht (Irish speaking area) and even though he moved to Dublin and brought up his family, including Tiarnán there, he never forgot his roots.

Looking at the pictures of his father in Tiarnán Ó Sé’s apartment, it’s clear that Seán still plays an important role in his life. Tiarnán is friendly and informative. As he offers me a biscuit to go with my tea, I take the opportunity to ask him about the significance of his father’s books. “What my dad did was extremely difficult”, Tiarnán explains. “He translated a well-known story, Buile Shuibhne, from old Irish into Modern Irish. Other writers like Séamus Heaney had translated the story into English but modern Irish was neglected. My dad painstakingly translated old Irish manuscripts, making sure to keep the same complicated rhyming patterns intact. His second book, Cuimhní Pinn, Cuimhní Cinn, contained some very good poems and short stories and for my family it’s a particularly valuable gift for us to read and re-read”.

Tiarnán speaks with great enthusiasm when describing his father’s books, an enthusiasm that lights up his face and makes him appear younger than his age (38 years old). When I ask him what he believes is the most important legacy that his father left for him, he explains that he believes that his dad left him “with a knowledge of, and a passion for, the Irish language and an immense interest in Irish culture and placenames. There are seven of us in our family”, Tiarnán continues. “We all have fluent Irish from home. I think the Irish language makes us more connected and together. Our family keep a group in whatsapp and we all send messages in Irish, as well as jokes and slang. Definitely, the Irish language holds a big place in our life”.

Until I quiz him about it, Tiarnán doesn’t mention the fact that he also plays in a band that sings in the Irish language. The band, Na Taoisigh, is currently recording a debut album and have played in various venues and at various festivals around the country including Electric Picnic in 2014 and the Button Factory in 2015. I ask him to tell me more about the place that the Irish language holds in his life. “Well, I haven’t written a book yet but me and my brother regularly translate material into Irish for organizations such as the Revenue Commissioners, the Office of Public Works and Waterford Institute of Technology”.

I now decide to ask a difficult question: From his point of view, does he believe that the Irish Language is dying? “Well, if this depends on me and my family, it’s not going to happen”, Tiarnán answers. “However, it is true that in Irish-speaking Gaeltacht areas, many young people are beginning to speak English amongst themselves and even at home. Some are losing interest in keeping our culture alive. Not everyone is an Oak Tree”. Tiarnán is, of course, referring to the fact that an oak tree is a symbolic Celtic symbol, a cosmic storehouse of wisdom embodied within its towering strength. Ancient Celts observed the oak’s massive growth and impressive expanse. They took this as a clear sign that the oak was to be honoured for its endurance, and noble presence.

Tiarnán was surprised that I knew the significance of the Oak tree. I have been researching the tale of Cú Chulainn, which draws on this motif and which is fuelling my interest in the Irish language.

The time was flying by and I was happy that he was comfortable talking about his dad so openly and also about his Irish-language projects. So, I decided to find out his views on the controversial question of whether Northern Ireland should pass an Irish language act. “The Democratic Unionist Party (DUP) shouldn’t be allowed to veto an Irish language act. I know what such an act would mean for Irish speakers there. There is legislation in Wales for Welsh, in Scotland for Scottish Gaelic, so it’s only a matter of time before the DUP listens to reason and allows legislation in Northern Ireland to protect and affirm the rights of Irish language issues”.

Lastly, I wanted to ask Tiarnán about why many people in Ireland have negative views towards the Irish language and, if it weren’t for his father, if he believes that he would still have a passion for the language. After taking a moment to respond, he states that “it is our family that pass to us our culture and values. I greatly value what I received and I will keep it alive in the best way that I can”. I couldn’t have phrased it better myself. Slán agus go raibh maith agat.

Buile Shuibhne and Cuimhní Pinn, Cuimhní Cinn by Seán Ó Sé, are published by Coiscéim and are available at all good bookshops. Na Taoisigh’s debut album will be available early in the New Year on www.nataoisigh.com. ★ 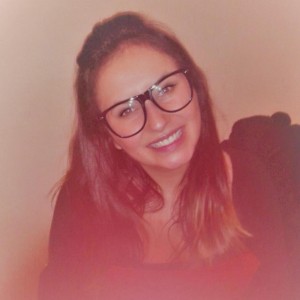