The Lula Effect: Bolsonaro is finally waking up to the severity of the Corona Virus but death rates and cases have little to do with it.

Photo by MESSALA CIULLA from Pexels

Brazil could easily be considered the new epicenter of the Corona virus, the death toll shows a total of 281,626, with the number of deaths per day sitting at approximately 2,000 and cases growing day by day. According to statistics at the time of writing the total number of cases is currently at 11,594,204.

This country is in a state of utter tumult and confusion because there’s no government. I’ll repeat that: this-country-has-no-government.

Not only is the country locked in a fight with a global pandemic but there is evidence to suggest that Brazil is also fighting against its own Head of State. Since the beginning of the pandemic Bolsanaro has denied the gravity of the situation, has made jokes alluding to the potential side effects of taking the vaccine and has encouraged the population to take hydroxychloroquine, which has been scientifically proven to be ineffective against the virus. Moreover, the government has already approved the production of hydroxychloroquine with a cost of 90 million Brazilian reais equivalent to 14 million euros.

However, Bolsonaro seems to be having something of a change of heart, since the former president Lula has had his criminal charges cleared by Judge Edson Fachin and can now run in the 2022 presidential election.

On Wednesday the 10th of March after Lula’s speech about the covid situation in the country, Bolsonaro showed up wearing a mask along with his Ministers. A precaution that he had previously not only neglected but informed the public to ignore.

There will be vaccine for all Brazilian people, we are working hard to get our people vaccinated.

The president released a statement to inform that same public that he has secured the acquisition of 400 million doses of vaccine and expects part of it to be delivered in the first semester of 2021. He went on to announce that the pandemic support that paid between 300 and 600 reais was the major social program support in the world. Which in comparison with Ireland’s social support would seem to be incorrect.

Another point of interest is the provisional Minister for Health Eduardo Pazzuelo’s recent praise for journalists. This would appear to be in stark contrast with the President originally asserting that the media was creating chaos around the pandemic. And when we look at Lula’s speech, we see the former president speaking about how important the work of journalists is to keep the population informed and help them make sensible decisions.

Denying the severity of the pandemic has being Bolsonaro’s aim from the start, and the Brazilian population, specially the most venerable, are suffering the consequences.

However, now that Lula is once again able to run for election, we finally see Bolsonaro starting to act like a Head of State should act, and taking the pandemic seriously. Had Lula’s name been cleared earlier who knows how much further along Brazil might have been in it’s fight against the biggest global disaster in a century. 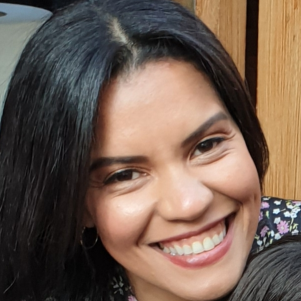