Photo by Matthias Groeneveld from Pexels

Crate-diggers, musicians, and DJs will be acquainted with the name of William Onyeabor, but to many, this name will be new. William, also known as Fantastic Man, was a self-established electro-funk producer from Enugu, Nigeria. William has mystified contemporary artists and music-journalists with his 1970s ‘space-esque’ take on funk music. Musically speaking, Onyeabor was entirely self-sufficient; recording, producing and releasing music from his own studio in Nigeria. In total, he released nine studio albums from 1977 until 1985. It was not until some decades later that William’s music became the subject of interest to many modern writers and musicians.

William was born in 1946 in one of Nigeria’s smaller cities, Enugu, where he lived a humble and challenging upbringing. William was fortunate enough to be able to study in Europe. In a brief interview, William discussed his education in Sweden, where he studied “…record manufacturing” in Stockholm. Other sources claim that William actually studied cinematography in Soviet Russia. Differing accounts of William’s life are quite common, which has created a layer of ambiguity and mysticism in the discourse surrounding him.

Sometime in the early 1970s, William returned to Nigeria, setting up his own production studio. His studio was packed with expensive and high-end equipment, which he purchased and installed himself. The music he created, and additionally self-released, was steeped in Christian sentiments; praising god and often confronting humanity on social and political issues. Additionally, his music relied on playful and upbeat melodies utilising synthesisers and drum machines instead of a live band, which was uncommon at the time. These styles and production techniques gave William his individual sonic motif.

Check out this song to hear Onyeabor’s unique use of synthesizers.

By the mid-1980s, William had given up his musical career becoming a born-again Christian, pledging his devotion to God over his studio. He spent his post-musical years running a flour mill in his hometown. Eventually, he was crowned the High-Chief of Enugu.

Given the funk and disco-inspired style of William’s obscure music, it was surprising to hear that his own idols were American country icons, Jim Reeves and Don Williams. In fact, it is a struggle to clearly identify any influence stemming from country music itself – for me Onyeabor’s style lives somewhere between disco, funk, afrobeat, and maybe even proto-techno.

It is important to note the timeline here; William first released music in 1977, in the same year as Donna Summer’s ‘I Feel Love’, which has been cited by many, not without contention, as an early influence on dance music. The fact that William was self-producing and releasing such unique and fresh music during the 70s in Nigeria – and being geographically isolated from American radios and discos – has dumbfounded experts.

Aside from his love of country music, many have wondered what else influenced Onyeabor and his wonderfully personal and individual music.

Tangerine Dream? Kraftwerk? Felt Kuti? Maybe…maybe not. But, we can safely say his music was uniquely African yet touching on various other musical styles whilst maintaining Christian values. This has also fuelled the ambiguity surrounding William and his range of possible influences.

It is difficult to ignore the infectiously catchy rhythms and melodies of William’s music that are built upon styles of older disco and funk with his own African twist. But Onyeabor’s sonic influence is undeniable, especially for dance music fans, producers, and DJs alike. Many artists like Daphni (aka Caribou) and Four Tet have remixed and covered some of William’s works.

Listen to these two tracks and see if you can hear Daphni’s sampling of Williams’s piece!

Until 2013, virtually nobody knew of William Onyeabor, his music remained untouched and undiscovered. It was not until David Byrne’s label, Luaka Bop decided to release the, aptly titled, compilation album ‘Who Is William Onyeabor?’. This album was the first official re-issue of Onyeabor’s tracks and it was met with high praise from the likes of Pitchfork and Metacritic.

A year later in 2014, Vice’s sister production company, Noisey, released a thirty-minute documentary about William and his mysterious life. In this documentary, they attempted to contact him in the hope of getting an interview. However, in keeping with his enigmatic nature, William informed the Noisey crew that he would only discuss God and not his music.

In the same year, William’s ONLY ever recorded interview was aired on the BBC with presenter Lauren Laverne, in which he discussed a possible new release dedicated entirely to Jesus Christ.

Unfortunately, we never got this new release and in 2017 William Onyeabor sadly passed away. Leaving behind a sonic legacy and a life full of mystery. 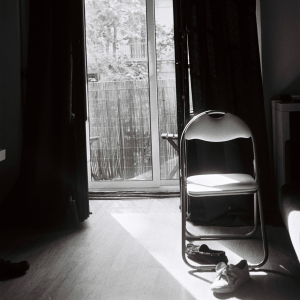