Using the Internet to Your Advantage During the Quarantine

Photo by picjumbo.com from Pexels

In January 1983 the internet was created, since then the world has completely changed its way of interacting with others, the way they shop, or access information. As said Evan Andrews for The History:

“The web helped popularize the internet among the public, and served as a crucial step in developing the vast trove of information that most of us now access on a daily basis.”

Can you imagine yourself without your cell phone, tablet, or notebook for an entire day? And for a week? One month? It seems difficult, doesn’t it ?!

According to a survey by the Statista website, about 4.13 billion people in the world have access to the internet, that is, more than half of the world population (about 53%).

With the rise of the internet and the interaction becoming increasingly easy, thousands of chat websites have taken over the network and have been a phenomenon for a long time. Soon after the explosion of applications such as ICQ or MSN, social networks became the global fever.

A report of 2018 from the European Commission, showed that the use of social networking by the whole Irish population is higher than the average of the EU (60% against 56%) and incredibly almost 100% of young adults aged among 16 to 24 years old use some kind of social media.

Social networks have reached such a level that now business is done through the web. Companies have accounts on Facebook, Instagram, Snapchat, and so on to stay connected to their consumers, as well as remind them of their existence. Unless you’re talking about a very small company or store the likelihood of this business not having a social media account is very small.

In 2020 the world was surprised by a pandemic, people are locked in their homes, shops, bars and shops in general closed, most micro and small businesses have been suffering from the economic crisis that the world has been facing, however, it seems that not everything it is lost and the internet and social networks once again show how valuable they are.

Several artists are doing lives via Instagram or YouTube to encourage people to stay at home since they will have content to entertain themselves, in addition to collecting cash donations or products like alcohol gel, for example, to help fight the virus.

Taking care of mental health is extremely necessary at times like this and nothing better than some exercise to help you balance. Thus, gyms like Flyefit have a daily schedule of classes to help those who miss going to the gym, as well as those who are taking advantage of this moment to take care of their body and mind.

As we can see below, many people are using the internet to fight the virus, the economic crisis, and also the monotony of staying at home “with nothing to do”. As the girls who are using their free time to exercise and have fun, attending online dance classes, intending to move their bodies, and have a good laugh.

Of course, there are many other ways to deal with the pressure during this time, be it reading a book, meditating, talking to friends via the thousands of apps that exist, and even via video calls.

And how are you dealing with it? Answer our survey and let your comments to indicate the funniest series, movies, books, and even memes. 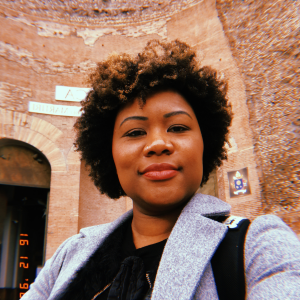