“As an adolescent, I remember one of the most important things my mum always sang into my ears was that I should avoid any physical contact with the opposite sex to avoid getting pregnant. I lived with this fallacy for a long time before I discovered it was of protecting me. Most Nigerian girls live with this mentality because they were also told by their mothers or guardian.”

In a recent conversation, Oladapo Olajide talked about his experience on how they got their first knowledge of sex education. Oladapo is a Nigerian currently undergoing master’s degree programme in Dublin.

In Nigeria, it is perceived that sex education will lead to promiscuity, the evidence doesn’t support the notion that sex education makes young people more sexually active. Nigerian parents cannot talk openly to their children about sexual related issues because of cultural barriers.

This is common in most Nigerian homes because it is perceived as a bad thing to education children about sex at a very young age. Sexuality education is often perceived as incompatible with prevailing traditional societies’ values and norms. In Nigeria, as in most African countries, there are many groups especially the family, including those genuinely concerned about the well-being of adolescents, who strongly oppose sexuality education as not being in the best interest of adolescents.

Most young people in Nigeria have woefully inaccurate sexuality knowledge. Researchers, sexuality educators, and several other groups working in the field of adolescent sexual and reproductive health in Nigeria consider poor sexuality knowledge to be the major reason why the triple tragedy of HIV/AIDS, unwanted teenage pregnancy, and unsafe induced abortion continues to have its highest number of victims among young people from the country.

One common and oft-given explanation why youth in Nigeria have deficient sexuality knowledge is that they primarily rely on equally uninformed and ignorant peers for their education and information on sexuality. Evidenced-based reports shows that many teenagers learn about sex and sexuality mostly from friends, the internet and television.

During the quest to sought information, Oladapo, a Nigerian student shared his experience on how he got his first knowledge of sex education. Oladapo, a male college student, age 24 tells us while he was growing up, he didn’t get his first knowledge of sex education from his parents. He recalled saying he got to see a condom the first time at the age of 14.

“when I saw the condom, I went to my father immediately and asked him the function of the object which he never said anything. I called a friend who enlightened me more about the use of a condom”

According to Oladapo, it was like a taboo for him and his siblings to talk about sex or any sexual related issues with their parents which is totally different from what goes on in the western world.

“As a Nigerian adolescent, there was no early form of sexual education. An average Nigerian adolescent understand the meaning of sex which they discreetly discuss among their peer-groups. They get to know sex related uses like kissing, the use of condoms from movies, shows, and internet. The only form of sex education children generally receive is in school, this is in biology classes when the topic of reproduction is taught”.

However, it is important to note that the lack of discussing sex education in homes is not only restricted to Nigeria or Africa. It was also the same in Ireland until recently. for the quest to know more, I shot and edited a video explaining the concept and also interviews from Nigerian students and some Irish student.

Recently,sex education related issues are discussed in schools especially secondary level of education. This is a concept to educated upcoming adults which will make a great impact.

Sex Education is a general one, you can share your experience and opinion on sex education in the comment section.

Watch and Enjoy the Video below, Thank you! 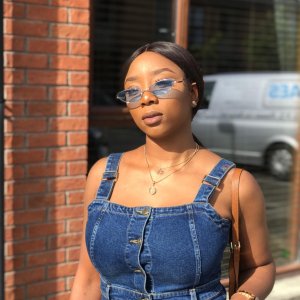