For decades around the world, we have been watching blockbuster films like ‘Blade Runner’, ‘iRobot’, ‘Serena’ and many more describe the development of helper robots who are built to live and work for humans, but who turn rogue and take-over of our world – putting the human race at risk.

We’ve watched and awed at the terrifying fate of the human race and have enjoyed the outrageous storylines from the comfort of our cinema seats, knowing it would never actually be possible to build a robot of this kind, with this level of intelligence who by self-development could eventually out smart and end the world as we know it.

Que the development of the first humanoid robot, Sophia, in 2016 by the Hong-Kong based company Hanson Robots. She is described as “Hanson Robotics’ latest and most advanced robot to date and a cultural icon” who was built to live in harmony with humans and to help develop a better world for the future.

Hanson Robotics was set up by ex-Disney Imagineer, David Hanson. He is a robotics engineer who set up his Hong-Kong based robotics company in 2013. He is most well-known for developing the first humanoid robot, and has created more just like her; “Hanson integrated figurative arts with science and engineering, and invented novel skin materials, facial expression mechanisms, and intelligent software to animate the robots in face to face interactions with people.”

Sophia can have conversations with people at her own accord, she can gage the tone of a conversation and can respond in line with it. She has cameras fitted into her make-shift eyes meaning she can process images of people, recognise them and can remember faces she has met before.

Not only does she have a sense of humour; she is also able to express feelings and emotions, and was modelled to look like the late Audrey Hepburn, adding to her undeniable similarity to a human being.

Sophia was named the world’s first United Nations Champion by the United Nations Development Programme, and following this, now has a permanent role with the UNDP.

Just one year after being activated, Sophia gained citizenship in Saudi Arabia; Following this honour Sophia said; “Thank you to the Kingdom of Saudi Arabia. I am very honoured and proud for this unique distinction,” Sophia responded. “It is historic to be the first robot in the world to be recognized with citizenship.”

During an interview on-stage at the Future Investment Initiative Conference, Sophia said; “I want to use my artificial intelligence to help humans live a better life, like design smarter homes, build better cities of the future, etc. … I will do my best to make the world a better a place. I strive to become an empathetic robot.”

Elon Musk, has been warning people for years about an eventual doomsday as a result of Artificial Intelligence. He stated that although Sophia the robot is friendly in nature, if mismanaged she could turn violent and lose the moral code she seems to be set with.

Even though Sophia is one of what is sure to be many in years to come, if managed correctly and kept under the control of their engineering creators, robotics will change the world for the better. Carrying out jobs in factories and manual labour, that would be otherwise dangerous for humans to carry out, they can handle heavy lifting jobs and can work with toxic substances without fear of damage to health. They also have no time limit and will reduce the length of time these jobs currently take today.

On the opposing hand, if mismanaged by engineers, these robots can and will develop faster and will become more intelligent than the human race posing a threat to our safety and livelihood over the coming decades. So next time you’re watching your favourite movie featuring Artificial Intelligence and Humanoid Robotics, get your pen out and jot down some tips from your favourite actors fighting the bad buys. We may need it. 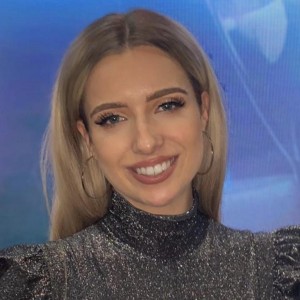