“Dogs are better than humans”. You might have heard that before or even said it out loud. Such statement could be considered quite harsh and maybe unfair. Living in a world where people eat animals and not the other way around makes us think if animals sometimes can be put in a more important status in the society.

Why would someone say that they prefer dogs to people? The reasons are considerably clear once you look around and see how dogs have treated their owners since the beginning of their short life (one would agree that they should live forever).

1. Dogs give unconditional love since day 1

One of the most famous dogs in the world taught us how loyal, lovable and truthful they can be. His name was Hachikō, a Japanese Akita dog known for his singular trustworthiness to his owner, professor Hidesaburō Ueno. Hachikō was born in 1923 and had as one of his basic routine activities accompanying the professor to Shibuya train station in Tokyo every day and, believe or not, coming back there in the evening to patiently wait for Ueno to arrive at the station. His loyalty and love for his owner went beyond anybody could foresee.

On May 21st 1925, Ueno had a heart attack while working and sadly did not come back home that day or any other day in future. Hachikō showed the world how much love and care he had for his owner by going to the train station every single day for nine years waiting for a return that would never happen again. The only thing that kept the dog from going to welcome his master back was when Hachikō could no longer breath, passing away after so many years of waiting. He never gave up on his owner. No matter how long it would take for them to see each other again, he was willing to wait.

A statue  was built in front of the station to honour the most loyal dog in Japan, and his life was plot for two movies so people could have an idea of such unconditional love Hachikō had for his owner and friend.

2.  Dogs devote their lives to families

Children might be the ones who benefit the most when a dog joins their family. It is like making a new friend, but one that will always be there for them. That could be the reason why they get so emotional when their parents surprise them with the best gift someone can possibly receive.

This video gather tears of joy streaming down children’s faces when getting a puppy.  ‘Happy days’ is a great expression to describe those moments.

Video by CrazyFunnyStuffCFS on youtube.com

Dogs have the power to bring (more)happiness to children. However, the little ones are not the only ones who have the chance to experience a life with such a wonderful present. The elderly also benefit a lot from the presence of dogs. In many cases, older people live alone or feel alone most of the time. Having a pet that will be their daily company in such lonely moments is a true gift. And again, tears of joys are inevitable.

3. Dogs will never let you down

People are always saying how wonderful life is. That is true but one would agree that it is full of disappointments as well. In general, saddening situations are triggered by humans’ actions.

It has been harder and harder to trust people these days. The fear of being let down or having their hearts broken has made people more careful about who they should confide in.

The four-paws friends will not let you down. It does not matter if you are sad, worried, happy, or even having a breakdown. They will never leave you and will be by your side for the rest of their lives. All they want in return is a few pats followed by a “good boy/girl”, and some treats, of course, in case you have them.

My personal experience in having dogs as pets dates back to 1986 when I was born. My family has always been in love with animals, particularly dogs. This love has run through our veins and made us adopt dogs whenever we could.

Eleven years ago a special dog came into our lives in an interesting way. One of our dogs (yes, we always have more than one dog at home. We just can’t help it.) gave birth to four puppies but one of them seemed to have some problems to walk, which made us think she would probably be paraplegic. However, after a few weeks we found out that she was actually too lazy to lift her back paws when walking. We named her Theodora and she was just the cutest, kindest and most adorable dog in the world (except when she was eating. She didn’t like to share food. No judgements).

She passed away on the 12th of February 2020 after having eleven years of a great life full of adventures and a lot of love. It was a very sad day, but knowing that we had the privilege to have her in our lives gives us some comfort and joy.

Dogs deserve a special place in this world. They make life more cheerful, pure and hopeful. There is still a lot to be learned with them and I hope people will keep giving them what they need: love.

In memory of Theodora 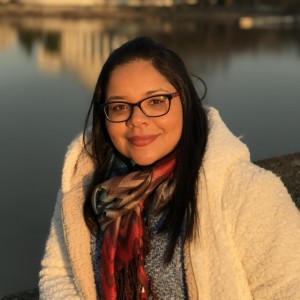