The 15km bike ride along Dublin’s Grand Canal Way encapsulates perfectly the juxtaposition of the capital’s beauty and ugly alter-ego.

The trip, from the Grand Canal Dock through the south of the city and out to the relative country side of Lucan, will show you all what Dublin’s wildlife has to offer, as well as the city skyline and some beautiful architecture.

Unfortunately, so too will it show you Dublin‘s underbelly and the
unsightly effects that a disregard for the environment and the world around us has had on what could be a truly picturesque bike ride.

Herons all along the banks of the canal tend to their silvery grey feathers as, on the opposite side, just feet from the bike track which spans almost all of the Way, swans sit guard on their huge nests, protecting their eggs and newly hatched goslings.

Meanwhile, rubbish is strewn along most of the canal, and all of the bridges that crisscross the controlled body of water are covered in unattractive graffiti.

The disruption to the beauty is not the biggest issue however. Piebald horses left tethered to poles along the Way can clearly seen seen to be in discomfort as they reach for ungrazed ground just out of the circumference of their old ropes.

Worse again, a smell of Marijuana is present as you pass several groups of men yielding beer cans. An old building, which would be beautiful in it’s antiquated architecture if it weren’t for the graffiti that dons its wall, is the scene for a dubious activity as adults in their tracksuits attempt not to be seen by passing pedestrians.

There is unfortunately an eerie sense of foreboding as you cycle along past groups of young adults smoking and drinking on the Way, in the outskirts of the city.

There have been numerous incidents of such groups attacking cyclists and stealing their bikes along the path, the latest of which saw a huge gang of teens attack three cyclists before robbing their bikes in Clondalkin last year.

Despite its faults, The Grand Canal Way does have huge potential however. Waterfowl, ducks, rabbits, squirrels and foxes add to the list of wildlife to be seen in abundance.

Florescent green hydra-flora supply oxygen to the fish of the canal and water reeds paint a beautiful picture with the banks fading out of focus in their background.

The architecture is also beautiful. As you leave Donnybrook‘s quaint village, you will pass the green copper roofs of the Bauhaus style buildings and the remarkable Dublin Mosque.

The Dublin ISPCA were contacted in relation to the tied up horses and are “investigating the matter”. 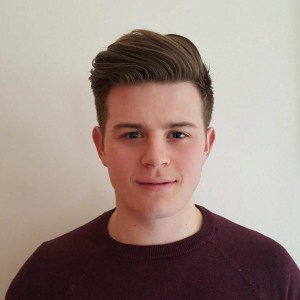