OECD: The World Economy is at Risk of Recession due to COVID-19

The OECD became the first international organisation to alert about coronavirus (COVID-19) on March 2, 2020, on their latest Economic Outlook, underlining the outlook of the world economy as “at risk” and warning of the possibility that global growth will halve this year from its previous forecast.

Lowered to the Recession Level

The widespread closure of factories and businesses in China was likely to cut 0.5 percentage points from the global growth forecast in 2020. The Paris-based international organisation, Organisation for Economic Co-operation and Development (OECD)’s outlook takes one step further and lowered its forecast from an already weak 2.9 per cent to 2.4 per cent.

COVID-19 hit China at the start of December and outbreaks have spread more widely. The virus is bringing considerable human pain. It is also resulting in significant economic disruption from quarantines, restrictions on travel, factory closures and a sharp decline in many service sector activities.

That puts the global economy on the edge of a recession which is traditionally defined as “growth below 2.5 per cent”.

Most Precarious Position Since the Global Financial Crisis

Global growth, cooling for the past two years to a subdued level, has been dealt a nasty blow by the coronavirus. High frequency indicators such as coal demand, suggest the Chinese economy slowed sharply in the first quarter of 2020. As China accounts for 17% of global GDP, 11% of world trade, 9% of global tourism and over 40% of global demand of some commodities, negative spillovers to the rest of the world are sizeable. In addition to all values, there is also mounting evidence of sharp declines in tourism, supply chain disruptions, weak commodity demand, and falling consumer confidence.

The spread of COVID-19 will Determine Economic Prospects

Even under a best-case scenario of containment to China and limited outbreaks in other countries as is seen today, the OECD highlights a sharp slowdown in world growth in early 2020. The revised version of OECD projection for the year from an already low 3% in November to only 2.4%, lower than in any year since the financial crisis. In a downside-risk scenario where epidemics break out in some other countries across the globe, the slowdown will be sharper and more prolonged. Therefore, it is suggested that the level of world GDP would fall as low as 1.5% this year, halving the OECD’s previous 2020 projection from last November of 3%.

Containment measures and fear of infection would hit production as well as spending hard and drive many of the epidemic affected countries into outright recession.

Regardless of where the virus spreads, the world economy, previously weakened by persistent trade and political tensions, has already suffered a sharp setback. Households are uncertain and apprehensive. Firms in sectors such as tourism, electronics, and automobiles are already reporting supply disruptions and/or a collapse in demand. The world economy is now too fragile for governments to gamble on an automatic sharp bounce-back.

Thusly, OECD calls on governments to conduct “swiftly and forcefully” on health and economic effects, as indicated, for monetary and fiscal policies cannot counterbalance the immediate effects of shutdowns in business activity to slow the spread of the virus.

In order to contain the epidemic, it is required to limit travel, quarantines and cancel events. Therefore, OECD points out “increased government spending should be first directed to the health sector, tackling virus outbreaks and supporting research. Complementary policy action can at least mitigate the economic and social fallout.”

Subsidising the Vulnerable Firms and Households

The fear of infection and containment measures can cause sudden stops in economic activity. Beyond health, OECD underlines that the priority should be on allowing short time working schemes and providing vulnerable households temporary direct transfers to tide them over the loss of income from work shutdowns and layoffs. Moreover, it is suggested that increasing liquidity buffers to firms in affected sectors is also needed to avoid the debt default of otherwise sound enterprises. Therefore, the report stresses that reducing fixed charges and taxes and credit forbearance would also help to reduce the pressure on firms facing an abrupt falloff in demand.

Countries Should Cooperate against COVID-19

In the Outlook, it is called attention to countries that they should consider cooperating on support to health care in countries where it is needed, as well as on containment measures. Besides, it shan’t be undermined that if countries announced coordinated fiscal and monetary support, confidence effects would compound the effectiveness of policies. OECD highly recommends this approach which would help reverse the impairment in confidence that a more widespread outbreak would provoke.

The Economic Outlook 2019 shows that if G20 economies implement stimulus measures collectively, rather than alone, the growth effects in the median G20 economy will be 1/3 higher after just two years.

Some would say it is cliché to call for international cooperation.

However, the report featured that in this globally connected economy and society, the COVID-19 and its economic and social fallout is everyone’s problem, even if firms decide in the wake of this virus shock to repatriate production and make it a bit less interdependent.

Here is a short presentation of the OECD Economic Outlook

More approaches about the economy effected by Covid-19 on this video:

What is you opinion about the Coronavirus effect on economy, don’t hesitate to leave a comment. 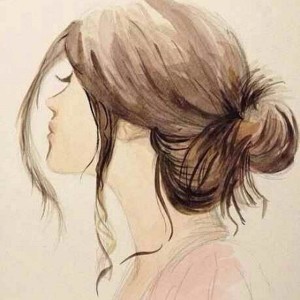 A freelance journalist writing from the ROI who happens to study Journalism and Media Communications, Griffith College, Dublin. Here she collects and shares her thought-provoking articles from around the web, and mainly focuses on local news, politics, international politics, political history, law, social media, interpersonal communication.
All Posts