Photo by Life Of Pix from Pexels

This post builds on an article written yesterday, the 1st of April, for the Irish Times. The article was entitled, “Covid-19: Five crucial factors behind an economic recovery”.

The article addressed practically the most crucial factors behind our recovery in the coming months, factors such as the extent to which level 5 restrictions must stay in place, which is unfortunately somewhat out of our control. As the article said, “The Republic’s economic trajectory is tied into one thing at the moment: the evolution of Covid-19.”. It further said that it would likely be June or July until vaccines had been administered to a level which would allow critically hit sectors such as the hospitality sector to open again. Likely then, it will be much longer until concerts, club nights and the like will return to their original levels of activity.

Justice Minister Helen McEntee recently announced planned reforms of the archaic licensing laws which have so far governed, to ruin, nightlife in Ireland. The reforms will see extended drinking hours and the removal of the need for premises to purchase ‘Special Exemption Orders’ in order to bypass the current licensing laws and serve alcohol. Just imagine, an end for the perceived need, of young groups especially, to pre-drink heavily before heading out in order to save on expensive drinks and account for such constricted times inside the doors of a venue. Imagine a world where everyone doesn’t spill out into the streets at the same time, unsatisfied by their short experience inside the bar, zombie-walking en masse to the nearest Maccie D’s to see once again, just how long a queue and a wait we are capable of amassing, or of how many taxis we can be unsuccessful in hailing down as we vie for their attention with the hundreds of others who have similarly been spit out of nightclub doors into the poorly licensed streets of Dublin City.

Imagine Berlin, or just about any other major European city! The recent announcement by the minister might constitute the first step in what will be a long journey towards embodying some of the principles inherent in the nighttime economies of some of the major cities of Europe. And that’s a key word, economy. One of the major problems with regard to nightlife is that Ireland’s approach has been ignorant as to the economic potential of its nightlife. We’ve been quite catholic mothery about it up until now, it seems. Why else would we allow the Public Dance Hall Act of 1935 have such a bearing on today’s nightlife. Especially seeing as it is nonsensical. It contributes to public disorder, having everyone thrown out onto the street at the same time, creating an environment where people feel they must binge drink beforehand to get the most out of a limited space of time in the city’s bars (the rationale of doing so can be contested, but not the fact that people do it for that reason).

The closure of iconic venues such as District 8, a genuine draw for huge international electronic music acts, to make way for yet another tourist hostel or apart-hotel, is a somewhat contradictory move. Why build another place for tourists to stay at the expense of a culturally iconic venue which was itself a tourist draw? Not to mention a socially crucial space for the city’s residents.

In any case, given the right focus and appreciation, nightlife in Ireland could both be harnessed by government for its economy-saving potential, and at the same time moulded into something socially beneficial to Irish society at large. 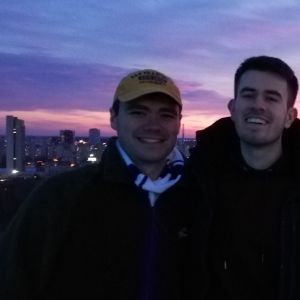