Is the end in sight? The global effort to secure a Covid-19 vaccination

The race to develop a safe vaccine to defeat Covid-19 has brought about a global effort, unlike anything before. Photo by Martin Lopez from Pexels.

When schools, colleges, businesses, and just about every other part of life as we know it shuttered doors, beginning on the 12th of March, for what was then expected to be two weeks, Ireland like almost all countries in the world entered completely unchartered waters. Way back in March, the lockdown was expected to end by the 29th of the month. After nine grueling months, we realise how naive we were.  Now, with the mental health of just about everybody being severely, are we finally beginning to see some light at the end of the tunnel with a vaccine?

No doubt about it, it has been a long road. Sitting in a bustling cafe amidst a busy cityscape, or attending a packed concert with all your closest friends, seem like things of a distant life, unfamiliar to most of us in Europe and further afield right now. Although, it does now appear that the end of this global pandemic could be within reach. This near end comes thanks to a series of vaccination trials like never seen before, from global healthcare giants, Pfizer, Moderna, and AstraZeneca in conjunction with universities and centres for immunology and public health.

Where everything currently stands

The UK made significant ground this week with the first administration of the Pfizer/BioNtech vaccine being rolled out to at-risk healthcare workers, those in care homes, and those aged over 80 already in hospital or with upcoming appointments. Margaret Keenan, 90, was the first person of the general public to receive it in the UK. Health Canada also announced this week that it had approved plans to administer the same Pfizer/BioNtech in the coming weeks. The UK, Canada, and (soon to be) US are so far leading the western world in becoming the first countries to start rolling out the vaccine.

This is what the global vaccine development currently looks like:

But what other options are nearing completion of studies and clinical trials and which countries could be next?

There are a variety of contenders closely following Pfizer/BioNtech’s vaccine as the worldwide effort to kill Covid-19 has seen an all-hands-on-deck approach, unlike anything before. Moderna in conjunction with the National Institutes of Public Health and separately Johnson and Johnson in conjunction with Beth Israel Deaconess Medical Centre, in the US, are in phase three clinical trials, showing high rates of effectiveness. AstraZeneca, a British/Swedish collaboration, is also nearing the final stages before being deemed safe for public use.  The Russian Gamaleya Research Institute (part of the Russian Ministry of Health) is another group in the final phase of clinical trials of their vaccine. The Russian government has authorised limited use of this vaccine, even though it has not finished the clinical trials, a move that is seen as risky by some in the medical field.  In China, CanSinoBio in conjunction with the Academy of Military Medical Sciences, is currently in the final phase (3), amongst a backdrop of heavy competition. For the most up to date information on where the vaccinations currently stand, click here.

Even though there are many vaccines nearing the end of their clinical trials and companies are eager to share their safe vaccinations, hoping to bring a swift end to this pandemic, there are worries about how the vaccine will be evenly and equitably administered worldwide. Gavi – The Vaccine Alliance which ensures the equitable and fair distribution of vaccines to poorer nations and children, released research in early November stating that in order to reduce the most amount of deaths worldwide, equitable distribution would be key. Elsewhere, the EU hopes to have a vaccine approved in the coming weeks, hopefully with distribution beginning in the latter half of December and into next year. It is hoped that restrictions can be eased and some return to normality will be felt worldwide, by the second half of next year, although the final end to the pandemic could be in a couple of years per health experts.

This week the Irish government laid out plans for the distribution of vaccinations across Ireland, more details of which can be found here.

Remember to always follow health officials for the most up to date Covid-19 guidelines pertaining to your area. 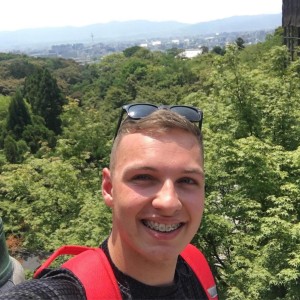 I am a final year Communications and Media Production (Journalism) student at Griffith College Dublin. I'm a dual-citizen that loves to travel. I spend most of my time in Dublin (Ireland), Rhode Island (USA) or globetrotting elsewhere, exploring all the treats of other cultures.
All Posts