When we think of pollution we mostly think of emissions – carbon dioxide, NOx and so on. Or particulate matter that gets lodged in our lungs with England recently announcing it would be banning the sale of coal and wet wood from 2023.

But there is another form of pollution that is equally as deadly and that works in a similar, cumulative way: the drone of traffic.

Over the past decades academics have poured over the relationship between exposure to noise and health, particulalry noise from transport.

The culmination of these efforts was the World Health Organisation (WHO) issuing guidelines late in 2018 setting out maximum noise exposure levels for those living near European airports, roads and railways.

Sleep deprivation and hearing impairment are the more obvious adverse health effects which bring their own host of knock-on health effects, such as heart disease. It seems obesity and diabetes are also thought to be related.

However a study published by University College Dublin seems to imply that many studies into the health effects of noise don’t fully assess other factors which might contribute to ill health, such as an individual’s exposure to stress in general.

There is broad agreement that exposure to noise, or unwanted sounds, triggers a flight or fight response in our bodies, i.e. stress, which in turn leads to a host of problems from cardiovascular disease in adults to cognitive impairment in children. The question the Irish researchers raise is how strong that correlation is.

Meanwhile a recent study from Massachusetts General Hospital found noise was a predictor for patients presenting with a major adverse cardiovascular event, even when taking into account other risk factors, stating: “Each 5 decibel increase in environmental noise is associated with a 34% increase in risk for a heart attack, stroke, or other cardiovascular disease event.”

WHO guidelines in Ireland

The WHO guidelines are a challenge for the authorities. For example Dublin Airport’s Noise Action Plan, released by Fingal County Council after the WHO recommendations for Europe were released, does not take into account the safe noise levels set out by the leading health body.

The WHO deems it safe to be living near an airport if the noise level is at 45db during the day, and 40db at night, due to the cummulative effect noise has on the body.

Yet Fingal’s noise action plan has a relatively high noise threshold, at the 63db mark for those living in airports. Siobhan O’Donnell of the Dublin Airport Authority puts these figures in context: “the noise inside a car travelling at low speed is 50 decibels (dB) while a busy office environment would have a 65dB noise level.”

The WHO guidelines suggest 53db as the safe noise threshold for those living near roads, 45db at night.

Mathias Basner, an associate professor at the University of Pennsylvania School of Medicine told Phillymag.com that “noisier regions are often the more affordable ones. In that sense, we have a noise equity problem.”

The challenge for all European airports is to abide to WHO guidelines without having to relocate people living near noise centres. The Dublin Airport Authority pays for acoustic upgrades, as do other airports in Europe and further afield but it is a mitigation measure that is costly and readily offset when the windows are opened. 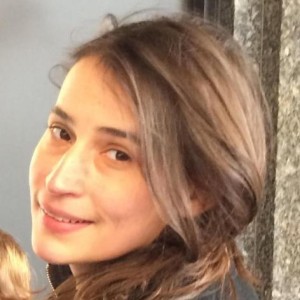