Ireland is experiencing a decrease in homeless population

Photo by Harrison Haines from Pexels

Homelessness has long been a problem in Ireland, despite numerous government promises to address the issue. Many people are forced to sleep rough on the streets, in emergency shelters or hostels, or squat every night because they cannot find a suitable bed, particularly in Dublin.

Despite the fact that Ireland’s housing infrastructure is broken, with a lack of public housing and insufficient public assistance to meet the needs of the population, it has undoubtedly harmed the safety net for families and individuals who cannot afford the high cost of private residential housing. As a result, the credibility of the government is being questioned.

A total of 1,364 people were able to leave homelessness in the first quarter of 2021. This represents a 13% decrease from the 1,565 exits recorded in the first quarter of 2020. The overall number of homeless people, including dependents, dropped from 8,238 in February to 8,060 in March, according to the Department of Housing, Local Government, and Heritage’s monthly report for March (2.2 percent).

According to the Dublin Region Homeless Executive’s report to the Dáil housing committee, “the situation in relation to single persons is currently much more challenging. According to the report, 3,046 single adults needed emergency housing at the end of February 2021. Furthermore, the number of single adults identifying as homeless and seeking emergency shelter for the first time has remained high; in February, the number was 126, a 23-point decrease from the previous month’s total of 149.

We went to the city center of Dublin to speak with some homeless people. when asked about their living situation as a homeless person.

“I have been at the hostel, but they don’t offer food and it is full of addicts, so I am just out here on the street searching for food before I can then go there. I have been homeless for a year and a half.”

“I have been homeless for over seven years, I sleep in the tent right outside Debenhams on Henry Lane, but I won’t be staying there tonight, I moved, I just move from one spot to another.” “My father died, leaving me homeless, and my mam could not get along with my nanny, which resulted in me being homeless for over 7 years. I applied for a council house, and although I am on the list, I am not a priority; I am only at the bottom of the list when I should have been higher up.”

“ I have been homeless for a year and half, I go in and out of hostels, and I sometimes stay in hostels.”

According to Focus Ireland Spokesperson, “when dealing with individuals who are struggling with personal factors such as addictions, mental disorders, family, or relationship breakdowns, many homeless families were renting their last affordable home and were thrown out due to  factors such as high rents, homeowners selling or being repossessed, a scarcity of homes to rent, and a lack of properties approving rent supplement. it is vital to note that we should see the individual first, not the problem. Homelessness is wrong, and proper resources and supports should be put in motion to help individuals and families who are at risk of being homeless for the reasons mentioned.”

Focus Ireland CEO, Pat Dennigan said, “By concentrating our support on the people who need us most we can have the greatest impact.”

Despite progress in reducing the number of homeless people in Ireland, the Covid-19 pandemic has introduced new challenges, but we have an opportunity, and sometimes an obligation, to reset our vision. There is still a lot to be done.

Below is the statistics of the total number of homeless people in Ireland. 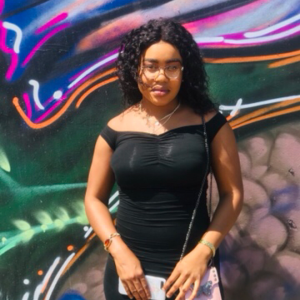