Mastering the work-life dynamic presents unique challenges to everyone, but none more so than those whose passion can take them to the top.

Taking a breather from a mid-week training session in a rundown Seagrave Park on Dublin’s northside, Kieran Kelly stops for a chat. After taking a seat on the bench beside me, he mixes a protein solution into his sports bottle using his finger, gives it a shake and signals to his coach in the distance that time’s up for this afternoon.

The park is a convenient and quiet place to run. During lunch breaks he can avoid the morning rush of schoolchildren traipsing through on their way to the nearby comprehensive; midday dogwalkers and the elderly prove minor hinderances, but nothing that’ll break his stride. Loose tarmac bubbling up from the pathway can present an injury hazard, but he’s run here so many times he could avoid it blindfolded. After speaking today, Kieran will hit the shower, don his shirt and tie and return to his desk.

Like many of us he’s a pen pusher – someone who turns up for work five days a week, clocks in at nine and clocks out again at five. Like most of us, he applies for annual leave when he wants to take a day off. Unlike most of us, when Kieran takes a personal day he isn’t going to the dentist, looking after the kids or nursing a hangover, he’s putting his park training sessions to work on the national stage, competing against world-class athletes.

Managing a small department in a mid-sized recruitment firm seems stressful in itself; but couple that with competing in high-grade international sporting competition and it’s hard to imagine having time to pencil in a weekly 5k, let alone train enough you can knock out a mile in a little over four minutes.

The effort is worth the reward

Kieran thinks that the effort is worth the reward though, endeavouring to juggle twin careers, each with their own very different obligations and demands. He credits his coach Brian Corcoran and his club Raheny Shamrock as primary factors in his success to date. “I found being in a club a great resource because you have the benefit of the coaching set-up, the facilities available, use of say our clubhouse and so on,” Kieran explains, joking that even though the clubhouse isn’t exactly state-of-the-art, it’s still vital to the wellbeing of his career and the club itself.

“My coach Brian Corcoran spends a lot of his time preparing schedules, going to races and giving me advice. He’s been with me ten years. There was a six-month hiatus when I retired in 2013 but apart from that it’s been all the way through.”

Despite the inherent, obvious challenges tied to maintaining a steady full-time job and remaining competitive on the track, Kieran has managed to remain consistent, conjuring up impressive professional-standard performances on weekends and on occasional short periods of annual leave. Recent trips to compete at meets in Bucharest and Vienna meant he had to dip into his 20-day annual leave allotment.

When it comes to running and competing at the top-level Kieran can get quite passionate, but he reserves most of his emotion for when he speaks about his first appearance in an Irish singlet: He represented his country for the first time in early 2017. “When you get passed your mid-20s you think it’ll never happen. You have to be a masters athlete (someone who competes from age 35 onwards in age-ranked competitions) where there are very little standards, so probably one of the proudest days of my life was when I ran for Ireland for the first time. When I got the phone call, I’d put it down as one of the most joyous feelings in my life.”

For anyone tuning into the BBC to watch the Great Run Series in Edinburgh that day – including yours truly – it was nerve-jangling. Kieran competed in a 4×1 mile relay race – meaning that he had to receive a baton, negotiate a one-mile course and pass it to the next team-mate at the start/finish line. Kieran went third. “It was a mixed relay on a cross-country track. The surface was fine; it wasn’t too wet. It wasn’t too slippery. To get through it, for someone who normally doesn’t do cross-country racing, against some very good guys, it was exciting. To go toe-to-toe with those guys and keep up with them was a good debut.”

Among the competitors Kieran raced that day was famed United States international road runner Will Leer. The team finished fourth that day, a respectable placement and honourable enough to earn another call up the following year, when the team finished in the same position.

Remarkably, Kieran was 28 years old when he first competed for Ireland, and while I’m not sure if it’s a record, it’s certainly noteworthy. In fact, before he was called up to represent his country, he spent a few months pondering a change of allegiance to a smaller nation in order to get his opportunity on the international stage. “It’s actually embarrassing looking back at that because it’s on Facebook; it’s on the internet. I didn’t expect it to actually happen.”

Since competing for Ireland for the first time Kieran’s career has gathered pace. The last two years have seen him win as many national titles at 800 metres and 1,500 metres respectively. His 800-metre triumph saw him creep within a fraction of a second of achieving the European Championships qualifying time.

“I was one third of a second off the qualifying time for the European standard last time. Frustratingly, I was one-third of a second off by the standard set by Athletics Ireland but in respect of the European standard generally I would have qualified, but those are the rules.” Every European federation sets their own qualifying times. If Kieran had been competing for one of the supposed minnows, it’s likely he would have had to pack his bags.

Athletes are human too

It’s easy to forget that athletes are human too and that away from the bright lights of top-end soccer and rugby, most hold down regular jobs and still manage extraordinary training regimes. Just as Dublin football county panellists might nip off to Boston or Addis Ababa for a year or two, athletes in other disciplines have been known to take time off, whether it’s for personal reasons or they become disillusioned. Kieran opted for such a hiatus a few years back.

“There was a period in 2012/2013 when I just got sick of the sport. There were races I was turning up to and I wasn’t really bothered. I was running some really bad times. I was thinking about it for a while and I quit. Afterward I kind of led the party lifestyle a bit – went out drinking quite a lot, staying up until four or five in the morning. After a while it just got repetitive and I missed athletics. I have a few pictures from that time. I wasn’t overweight or anything but my face got a bit chubby and I grew my hair long and grew a goatee.”

He’s long since left thoughts of his ill-judged goatee in the rear-view mirror though and is looking forward to a successful year ahead – including some very ambitious but highly achievable one-mile targets. “I managed 4 minutes 11 seconds on the road in Bucharest on Sunday gone and I don’t normally compete in November. I’ve only got six, maybe seven weeks’ full training since I came back in the last week in September.”

“I made my mile debut back in 2016 on the road in Dublin. It took 4 minutes 16 seconds because it was a windy day in the Phoenix Park. The second half of the race was an 800-metre turnabout (one mile is 1609 metres; roughly a half mile). It was straight into the wind. It was one of the worst feelings I’ve ever had in my life. I was seeing yellow that day. I ran a mile on a track in 2017 and did it in 4 mins 3 seconds. I ran four-tenths of a second outside 4 minutes outdoor that year too, which was agonisingly close to the magic four-minute mark.”

If Kieran achieves his target and runs a mile in under four minutes next year, he will be the oldest person in the history of Irish athletics to do so for the first time.

It’s difficult for most to imagine toiling for a 40-hour week and subjecting ourselves to the rigours of an athlete’s diet and six-day training regime on top. Swapping a cheeky few pints on a Saturday evening to train outdoor at the mercy of rough Irish winds and the prospect of walking home as wet as a carp doesn’t strike most as appealing. For those who put in the graft though, the rewards can be rich.

Kieran is anticipating a bumper 2019 season, with the prospect of another Irish call-up a motivating factor. Ireland will field a 4×1 mile team in the European Championships next year after a first appearance for an Irish side in the event this year went pleasingly, and Kieran may be in with a shout of grabbing a spot. As of earlier this week, John Travers and Paul Robinson are due to represent Ireland but Kieran’s recent impressive times means he’s in with a shout of making the cut should a spot open up. These experiences make lunchtime runs in Seagrave Park worth their weight in gold.

Listen to a short excerpt our interview with Kieran here: 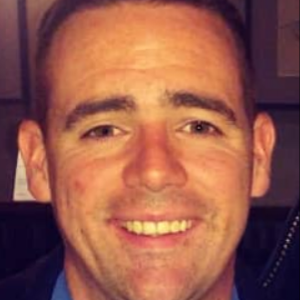