Photo by Markus Spiske from Pexels

As Ukrainian women, children, the elderly and infirm flee the attacks of the Russian military, commentators noticed a marked difference between how these refugees were being treated compared to Afghans last year, many of whom had been direct employees of foreign governments and were left behind to face the Taliban or the Syrians escaping the tyranny of Isis who European parliamentarians, including four Irish representatives, voted to leave to drown in the Mediterranean sea as they risked life and limb to reach safer shores.

The differences began with media coverage as reporters and commentators broadcast or published sentiments such as “they are just like us” or “we’re not talking about Syrians here”.

State bodies acted quickly with an announcement from Minister for Justice Helen McEntee on waiving visa requirements for Ukrainian refugees:

“We stand in solidarity with Ukraine and its people and will, working with our partners in the European Union, play our part in assisting them in their time of need. That is why I am immediately lifting visa requirements between Ukraine and Ireland.”

This was the right thing to do, but in contrast, just 400 Visas were issued to Afghans during the withdrawal of US troops and Taliban takeover. An Afghan admission programme was opened in December 2021, closing in March 2022. Afghans trying to escape must have the resources to support up to 4 people only and must be able to provide their own accommodation. There would be no access to state support.

Political analyst Duroyan Fertl, Nordic Coordinator of the Roxa Luxembourg Siftung, a German-funded left-wing thinktank, spoke to us about institutionalised racism and what we can do to combat it. He has observed overt racism in Denmark.

Fertl gave the example of former Minister Inger Stoejberg who said the quiet part out loud:

Stoejberg made the comments in her opinion piece with Danish magazine Ekstra Bladet:

“Until now, the politicians have managed to wrap it in glitter paper and put the predicate ‘local area’ on the package.

No one dares to say it as it is: It is because the Ukrainians are more like us and because they are primarily Christians.

My own willingness to help the flow of Ukrainian refugees is very great.

It is much larger than in the case of many other refugees and migrants, and that is because I experience a greater cohesion with the Ukrainians than with e.g. Palestinians and Somalis.”

Duroyan also mentioned the controversial Danish “Jewellery Law” which saw refugees having their valuables confiscated by Danish authorities as a contribution towards the costs incurred by the state for hosting them.

Historian Ilan Pappé put it succinctly in his latest opinion piece in the Palestine Chronicle:

Racism, whether it takes the form of an unconscious bias or whether it is overt discrimination, cannot be tolerated in our societies. The issues raised by the Ukrainian refugee crisis must be examined and addressed. The only ethical and morally right approach is to treat every refugee with the empathy and support being extended to Ukrainians. 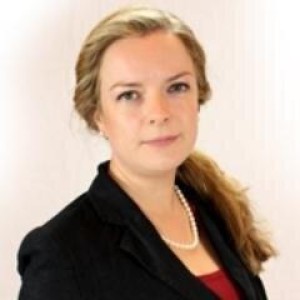