Inside a Women’s Circle

Have you ever heard of a women’s circle? Neither had I, until last week. Scrolling through the internet looking for a slightly different way to spend my Saturday night, I came across a scheduled ‘Women’s circle’ gathering which was centered on the topic of ‘confidence and self-esteem’ and I thought to myself, ‘why not’?

The event details said that this gathering was to take place at Tara Open Studio at the Hill of Tara in County Meath. This magical site known as ‘Temair’ in gaeilge, was once the dwelling place of the gods and entrance to the other world, and so knowing this, I presumed that it was not going to be your average night out.

When I arrived at my destination on a cold April evening, I was greeted by a warm and friendly host, Paula Coogan who would be holding the circle. The small building where the gathering was to take place was cosy and enchanting and beautifully decorated with mystical drawings and Celtic designs. I was guided upstairs to an attic like setting where I presumed I would find a circle of chairs and maybe a power-point presentation on the topic of confidence and building self-esteem. Instead, I entered a small room intricately designed with an array of colourful objects and images. There were no chairs, instead, I was invited to take off my shoes and have a seat on some patterned cushions on the floor which were placed in the form of a circle around an eye-catching center-piece. The other women who were sitting around the circle were open and friendly and we instantly struck up conversation like we had known each other for years, which was quite bizarre, having only just met.

Our host, Paula who runs her own business as ‘The Quarter Life Coach’ and has worked with women for over 9 years, then joined us and welcomed us to the gathering. I was now aware that this was no ordinary meeting or work-shop and that what we were about to learn was not going to be taught in the form of a power-point or visual aid, but rather through a journey of self-discovery and enlightenment.

To ‘open the circle’ we all held hands and each lit a small candle in the centre of the circle, the candles sat among an array of small stones surrounded by real roses – a stunning centre-piece no doubt. We were also given a short handout which contained questions that we had to answer on the topic of our self-confidence. The questions were not like those in a questionnaire or survey, but were deeper and more profound and forced us to look to the core of ourselves to find the answers. A small rose-quartz stone in the shape of a heart was passed around and the person who was holding the stone then held the circle, nobody else was to interrupt their time.

During the evening, we each shared a part of ourselves, we told our stories and shared advice and uncovered the things which knocked our confidence and raised it. We tapped into our values and the things that we believe in as individuals and shared our life experiences with these friendly strangers who surrounded us. It was an evening of rediscovering ourselves and our self-worth, it was a wake-up call and a reminder that we are all on level footing and that we, as women are powerful and capable, each possessing unique and dynamic traits.

We drank herbal tea and ate chocolate and appreciated this time we had to be ourselves and to tune into our fears, desires and hopes.

To close the circle we once again held hands and blew out the candle we had lit at the beginning of the evening. As I left the gathering, with the moonlight filling the otherwise dark night, I wondered how I had never heard of a women’s circle before and wondered where and how these gatherings came to be; so when I arrived home I began to research.

As I browsed the internet in the dead of night, I came across some words by Ann Landaas Smyth, founder and director of ‘Circle Connections’; “Circles with a sacred centre are ancient and the oldest form of social interaction.” The piece went on to say that in times gone by, women would gather in a circle, with a fire in the middle where food would be cooked. As the women then ate their food, they shared and passed down their traditions and worshipped their gods. Religion was said to sometimes have played a part too as Wiccans and Celtic Christians participated in the practice.

Apparently, in 1484, two German monks began to torture and kill female spiritual leaders in order to destroy the practice of women’s circles. This led to the near elimination of such gatherings due to fear of persecution.

As time went on, circles began to revive and as of today they would seem to be making a notifiable comeback. According to my research, circles are no longer strictly spiritual as they once were, but are now more diverse and open to women from all backgrounds. They are a safe place for women to go and enjoy female companionship, to connect with their own feelings and to re-centre themselves. Each circle has a different ‘tone’ or ‘rhythm’ and each is unique which makes for an interesting gathering on each occasion.

It is arguably not for everyone, but it is definitely an enlightening experience. 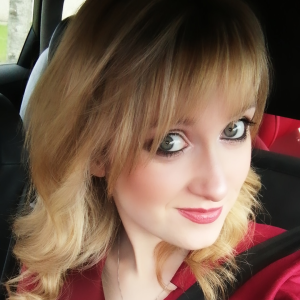