Photo by Michael Adeleye from Pexels

Created by small companies with less than 20 employees, the Indie Games genre has become one of the most well-acclaimed in the last generation due to the incredible art style and innovative gameplay with low budget compared to ’AAA’ companies such as Ubisoft, Microsoft and Sony. Here are some games for beginners and experienced players. If you are looking for different games to try, visit the Top Jackpot Casinos online.

Inspired by the Art Style from cartoons such as Mickey Mouse from the 20s-30s, Cuphead is a Platform/ Run and Gun game made by Studio MDHR.

It tells the story of Cuphead and his brother, Mugman, that visit the Devil’s Casino to make some gambling, however, they lose all the money and their souls to the Devil. Begging for mercy, now they need to hunt all the debtors that own the Devil around Inkwell Isle. When looking for other game options, consider reading about the new multiway slot games.

It looks cute and welcoming, however, Cuphead is well known as such a tough game that you’re not even allowed to change the difficulty. The bosses are incredibly challenging and innovative. In addition, you are able to play in co-op mode with your friend. Be ready to break the joystick.

Created by Concerned Ape and made just by one person, Eric Barone, the game is a life simulator that the player is able to select five types of farm and harvest, craft items, fishing, feed animals, sell items to get some money and many other capabilities. It’s also possible to interact with NPC (Non-Playable Characters) in order to create a bond with them or even marriage.

The game provides different seasons through the year and you’re able to visit your friend’s farm online to exchange some rare items. It’s highly recommended for those who enjoy playing this game for a long time.

The game follows Zagreus, a semi-god that wishes to leave the underworld one day in his life to discover his past, however, his father, Hades, disapproves this idea and makes his son’s life harder to leave hiring enemies such as Minotaur, Theseus and many other to bring Zagreus back home. For more game options visit lostvirtualtour.com.

Made by the award-winning Supergiant Games, the company inspired in the Rogue-like / Action genre, it means that if the player dies during the round, it needs to return from the beginning. This may sound a bit scary or upsetting, but they figure it out how die makes easier and better the experience: new weapons, perks and new characters are the major keys to improve the experience. The gameplay, as well as the mechanics, are so fluid that you are definitely want to play until the glorious end. 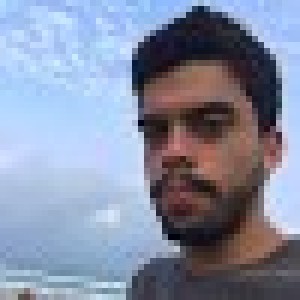