ICY HELL!!! The Prevalence Of Drug Abuse And Addiction Among Students.

Drug abuse has eaten up into society so much that we now see it as a normal thing when we see people abuse drugs.

What happened to you’ll?

There is a fine line between Drug abuse and Drug addiction. They fall between the amount of substance consumed and how frequent those amounts are consumed. Addiction has been one of the most discussed issues especially when it is relating to the youths. Drug addiction is a common topic discussed in almost every country because of how wide it has spread among young people and how much of a norm it is becoming.

People from all works of life can suffer from the problem of addiction not regarding the age, race, background, and reason for the abuse. It has been a trend this year especially among young people making the drug rate in Ireland increase in recent times. These statistics were from the Health Research Board (HRB), and the National Advisory Council on Drugs and Alcohol (NACDA).

There have been so many causes of drug abuse that lead to addiction according to an Irish psychotherapist Andrew FitzPatrick there are different causes of drug abuse ranging from stress, peer pressure, friends doing drugs which are categorized as fun, loneliness. Another factor that has been said to family influence because children born who are born into families that have a history of addiction are at risk of being addicts.

These children see what happens in the family and they begin to act on what they see thereby creating another generation of addicts, Environmental impact can also play a role. 40% to 60% of individuals have a genetic and environmental impact on their addiction. https://disturbmenot.co/addiction-statistics/.

The environmental factor is a huge player in drug abuse and addiction of course except those who have been taking pain killers and along the line cannot do without it, thereby taking it always to subdue the pain they are going through.

In this program, there will be an interview with students that have been involved in drug abuse, discussing what led them into the abuse and the effect it had on them especially as students and how it affected their studies, also another interview with therapist that deals with drug addiction issues and get more insights on drug abuse issues from a professional angle and the effects of this type of addiction.

The aim is basically to find out about the major cause of drug abuse that leads to addiction and the effects it has on students and due to this, there can be preventive measures that would be used to guide others plying through that part.

Students these days have been one of the key abusers to drugs and most are addicted. As much as this is said, mental health cannot be overemphasized in the lives of these sets of individuals knowing that 80% of them fall under the young demographic. Most of my interviewees will be kept anonymous because they would not like to be known due to the stigmatization that comes with drug addiction, they would tell their story under a non-existent identity.

Drug Addiction is a very sensitive case and it must be treated as one. At the end of this piece, helpline numbers and societies that deal with addiction and their address will be mentioned to those who would like to seek help.

The piece is more about young people but there would be feature survivors that would give a story from their experience. I don’t think there would be problems of people granting interviews but giving their identity for the general public would be a problem due to possible stigma although that is understandable. 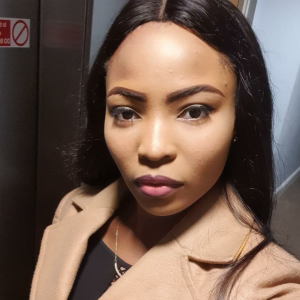