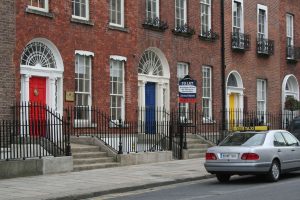 The housing crisis in Ireland has been at the forefront of our news for years, with several people complaining about the lack of adequate accommodation to house the ever-increasing population in the country, this is why many people opt for living in owner-occupied houses but eventually have stories to tell.

From marketplace search on Facebook to Daft.ie amongst several house vacancy search applications,  people are constantly refreshing these applications for vacancies to get a roof over their head.

As a result of the desperation to secure accommodation, some people consider the possibility of renting a room in a house occupied by the landlords.

There is no disputing the fact that most of these house occupied by the Landlords have the best aesthetic appeals and seem so appealing and fit the description everyone desires: warm cosy bed, beautiful balcony and a bathroom you can possibly nap in, but there is more that goes on beyond the surface of this beautiful space that seems so desirable.

“I had to live with a landlord that gave me curfew so I had to return home or should I say prison before 9 pm else I would be locked out of the house,”  said Ninad.

Helen recounting her experience living with her landlady said

“When I moved to Dublin I was excited that I found a place to move into straight away. a few people I met warned me that I would regret living with my landlord, I felt they were envious so I moved in and guess what I moved out after 2 months because I had a specific time I could use the bathroom plus I wasn’t even allowed to be home all day”.

For many of these people, they agree to the basic household rules stated in their signed contract but after a few weeks of moving in, more rules follow because the landlord has a right to, so the landlord adds more rules which are intentionally omitted in the contract, like not being allowed to study at home.

The topic of bad, shady and inconsiderate landlords has begun to be a major source of concern amongst students and this could be the major reason why there is the exclude landlord occupied house options on daft.ie but this does not dispute the fact that because some landlords know people would prefer the houses without the landlord, some opt for the option that the house is not owner-occupied but on getting there, the reverse is the case.

I once found this beautiful place in Dublin 15  and of course, I excluded the owner-occupied houses from my search, so you can imagine how excited I was to find a really nice place only for me to get there and meet the owner, who not only lives there but also worked from home.  I was highly disappointed, definitely didn’t take the place. I cant live with that drama”.

Considering the Housing crisis in the country and the fear of being homeless, many people still accept the houses they are offered but eventually have a story to tell. 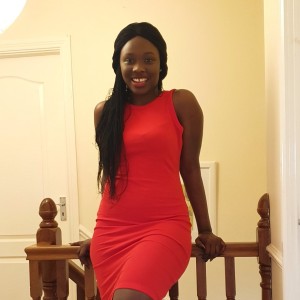 Journalist, Content creator and mobile journalist, learning to put her thoughts into writing and explore the wonderful art of content creation.
All Posts