“..millions of people have been protected even though they may have never seen or heard about this animal. “

They have lived on this planet for around 450 million years and have survived multiple extinctions. They are members of the Arthropod family and are closely related to Arachnids which include scorpions and spiders.

They have a hard exoskeleton, nine eyes and 10 legs which they use to walk along the seabed. The rounded shape of the animal’s head resembles the shoe on a horse’s foot, this is what lends the creature its name. Much of the crab’s vital organs are housed within the head. These include the brain, heart, mouth, nervous system and glands; all of which are protected by a large plate. Females are about a third larger than males.

They live in the Atlantic ocean and are found along the North American coastline, they have also been seen in the East and Gulf coasts of the US and Mexico. Three other species of horseshoe crabs exist in the Indian ocean and the Pacific ocean along the Asian coast.

For all their amazing qualities, these creatures are facing a difficult future thanks to a simple but significant process; the harvesting of their blood. This along with habitat loss has led to them being bumped to vulnerable on the IUCN Red List of Threatened Species.

What makes this crab so significant to the pharmaceutical industry is the special clotting factor present in its blue blood. The colour of the crab’s blood is owing to the presence of copper. As if its blood colouration weren’t special enough, these crabs contain cells called amebocytes which form gels around any microbial invader found in the crab’s body. We manipulate this feature to our own benefit.

The blood is used to make Limulus Amoebocyte Lysate or LAL which just happens to be the most sensitive indicator of bacteria ever uncovered. LAL was approved for use by the Federal Drug Administration in 1970 and the lysate is used to discover microbial contaminants in vaccinations and medical equipment for surgeries and pacemaker fittings.

It is known as the LAL test wherein a drop of LAL is introduced to a medical sample or medical device and if clotted gels form, it indicates the presence of microbial contamination. As a result of this process, millions of people have been protected even though they may have never seen or heard about this animal.

This processed lysate derived from the crab’s blood is one of the most valuable liquids on the planet with reported prices between $35,000 and $60,000 per gallon. Around 600,000 crabs are caught each year and sent to one of only five production facilities in the world, where up to 30% of their blood is drained.

Up to 30% of crabs do not survive this milking process and those that do are returned to the water. However, even the survivors become weak and disoriented as a result of the milking process and not enough is known on how well they fare after their release.

These crabs are a keystone species i.e. they play a crucial role in the functioning of the ecosystem and in their absence the ecosystem begins to deteriorate and fall apart. Horseshoe crabs come ashore to spawn, and their eggs make up the diets of migratory birds, shorebirds, turtles and fish.

Most eggs don’t even survive until the larval stage, and if they do, the hatchlings emerge in about two weeks or more. Under ideal conditions, these crabs can live for more than 20 years.

So next time you get a vaccine, an injection or undertake surgery, spare a thought for these amazing critters. 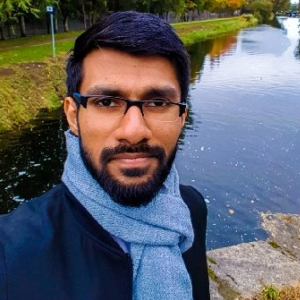 I'm a disciple of Christ. Happy Petrolhead. Madridista by choice. Indian by birth and raised in the U.A.E.
All Posts