Going Electric: Will a fully electric car be your next stop?

Photo by Jack S for Pexels

The rise in fuel costs has been the talk of the town in recent weeks. Petrol and diesel prices soared to over €2 a litre for the first time in Ireland. These price hikes have left many seriously contemplating alternatives available such as an electric car, but can Ireland facilitate fully electric cars comfortably?

The electric car although is not a new vehicle, it still isn’t as popular as its fossil fuel consuming buddies. A big drawback for many is the cost, they tend to be in a higher price range than your average A to B car. But with the launch of the Fiat 500e and Honda e being marketed as “affordable” fully electric cars may be the start of electric cars becoming more common.

Although a higher price point, electric cars are cheaper to run, both when it comes to refilling and motor tax. According to the Sustainable Energy Authority of Ireland, it costs just €120 to tax a fully electric car for 12months. Not only are running costs cheaper but there is less maintenance required, due to there being fewer moving parts in electric vehicles it means less wear and tear. The expenses on catalytic converters and oil changes would be a thing of the past when driving electric. Fully electric cars are also much kinder to the environment as they emit no toxic pollutants into the atmosphere. It is important in this global climate to make greener changes where possible, and if it is in your budget an electric car is an excellent way to lower your carbon footprint.

Inflation is impacting all facets of our lives, and people are being forced to acknowledge that we are still heavily reliant on fossil fuels. The pinch is being felt all over the world as one Twitter user compared fuel prices from the post-apocalyptic movie I Am Legend to the current price of fuel in the USA.

Governments all over the world are offering incentives for their citizens to choose greener options like grants for retrofitting their homes. The SEAI offer a grant of up to €5,000 on selected electric cars, which could be a deal breaker between someone being able to afford a fully electric car and not. As more fully electric cars come on the market they are still more expensive than many petrol/diesel cars, even with the grant. An affordable electric car doesn’t necessarily mean an affordable car full stop.

One of the issues facing people based in Ireland considering an electric car is the lack of infrastructure to facilitate them. There is a grant to have a charging point installed at your home, however, this may not suit all those in the market. Given the housing crisis, many people are renting apartments or houses and may not be allowed to install a charging point for their car leaving only the option to use public stations. As another obstacle, it is only a select few petrol stations that offer a place to charge an electric car and some supermarkets, so there may not be a point near your residence. Currently, on the island of Ireland, there are 1,350 electric vehicle charging points. Roughly 1,000 of these are in the Republic of Ireland and there are an additional 400 run by private operators.

This coupled with the “affordable” fully electric car’s smaller batteries means a road trip exceeding 100km can go from a relaxing jaunt to a race against the clock. preplanning your journey now requires assuring there is somewhere to charge your car on arrival to your final destination or a service station that could facilitate a top up en route.

Although Ireland is certainly on the way to facilitating a greener approach for day to day life it still has a long road ahead. Have your say in the poll below, would you see yourself purchasing a fully electric car in the near future? Or will the next car you purchase be a hybrid/fuel car as they are easier to run and plan journeys for? 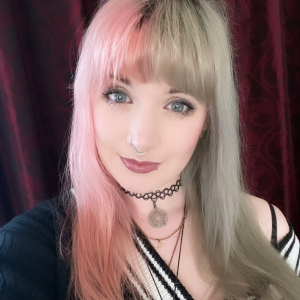