Five Most Unexpected Moments in the History of the Oscars

Image by Mohammad Hassan for Pixabay

In the aftermath of the Will Smith and Chris Rock slap scandal, we examine times where five unexpected moments happened in the history of the Oscars.

Nobody can argue that this year’s Academy Awards ceremony did not create lasting memories; even though not all of them were for the right reasons. This year, we’ve seen Coda, a film that features a predominantly deaf cast win Best Picture, Northern Irish native Sir Kenneth Branagh win Best Original Screenplay for his semi-autobiographical film Belfast, and New Zealand director Jane Campion, becoming only the third woman in history to win Best Director for her movie The Power of the Dog. But unfortunately, all of these incredible events were completely overshadowed by an unexpected act of violence.

The chaos of Will Smith marching onto the stage and hitting presenter Chris Rock in the face after Rock made a joke about Jada Pinkett Smith’s alopecia, completely overshadowed Smith’s win for Best Actor in King Richard. The Academy later issued a statement on Twitter, saying that they don’t condone any violence.

As the world media tries to make sense of this unprecedented moment in what was supposed to be a night of movie celebration, let’s have a look at five of the most unexpected moments in the history of the Oscars.

The Godfather has been defined as one of the most well-regarded movies in Hollywood history, so it was no surprise that Marlon Brando won the Oscar for Best Actor as the unsettled Vito Corleone in 1973. But incredibly, Brando never turned up at the ceremony to collect his Oscar. Instead, a young Native American civil rights activist named Sacheen Littlefeather read a letter from the actor, explaining that he was rejecting the award due to ‘the treatment of American Indians today by the film industry.’

In another tragic event of name mispronunciation, at the 2014 ceremony, actor John Travolta made a fool of himself when he introduced performer, Idina Menzel. Menzel who was performing her award-winning song ‘Let It Go’ from Disney’s Frozen, was introduced to the audience by Travolta as ‘the wickedly talented, one and only Adele Dazeem.’

While she claims to now see the funny side of the mistake, Menzel admitted that the moment messed up her ‘big break’ performing at the Oscars ceremony.

In fairness to Travolta, he reportedly apologized profusely for the mistake, but as someone who has had years of being in the spotlight, many can agree that this was not his finest moment.

In 2013, Jennifer Lawrence became one of the youngest winners of the Best Actress Oscar for her performance in Silver Linings Playbook. While her win was certainly well-deserved, her moment was unfortunately overshadowed when her Dior Haute Couture gown caused her to fall up the steps as she went to accept her award. As anyone would in a similar situation, she hid her head in her hands for a moment in embarrassment.

But while Bradley Cooper and Hugh Jackman both tried to play the hero and come to her aid, ultimately Jennifer picked herself back up and went on up to make her acceptance speech. She was able to laugh off her literal slip-up and carried on the rest of the night with a smile.

Publicity is not always a good thing as this next entry demonstrates. In 2012, actor and comedian Sacha Baron Cohen arrived at the Oscars ceremony to promote his latest film The Dictator. He arrived completely dressed in character as the dictator General Aladeen and held an urn in his hands that he claimed to hold the ashes of former North Korean leader, Kim Jong-il.

Bear in mind, while Cohen had been allowed to walk the ceremony in character, he was ultimately escorted off the red carpet after he tipped the contents of the urn all over television host Ryan Seacrest.

Thankfully for Seacrest, the content of the urn was pancake mix and not the actual ashes of a former dictator.

1. The Best Picture Mix Up

And in what will go down as one of the most unforgettable moments in the history of the Oscars, we look at what happened at the 2017 ceremony. Warren Beatty and Faye Dunaway were presenting the final award of the evening for Best Picture. While it was announced that La La Land had won, it was revealed halfway through the producers’ acceptance speech that there had been a mistake.

As it turned out, Beatty and Dunaway had been given the wrong envelope by the accountants’ team in charge of tabulating the voting. Beatty stated that he had received the envelope that had named Emma Stone from La La Land, which had been the backup envelope for the Best Actress award. The real winner of the Best Picture award was Moonlight; in a fine act of graciousness, producer Jordan Horowitz called for the producers of Moonlight to accept their awards.

A year later, Beatty and Dunaway were able to redeem themselves by presenting The Shape of Water with the Oscar for Best Picture in 2018.

These are just five unexpected moments to happen in the history of the Oscars. No doubt now, Will Smith’s outburst has overshadowed all of them in terms of controversy. After an event like this, one can only wonder what next year’s ceremony will bring. 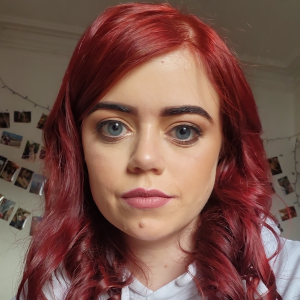