Every Villain is the Hero of Their Own Story

The narrative structures that hold a story together have been part of the cultural history since the first great story was told. The stories of gods, the myths surrounding them had damaged and drained heroes as well as clever, astute and sometimes justified villains. The end of the world in Norse mythology, Ragnarok, was revenge on the gods for all their misdeeds. A character is only truly accurate if their emotions have dirt on them. They can’t be shining, beaming and virtuous, these are unrealistic and don’t lead to a good narrative structure. A hero with a true mirror of them creates an immortal story and forces us to love the characters, such as Batman and the Joker, Superman and Lex Luthor, Spiderman and Doctor Octopus, Luke and Darth Vadar and sherlock Holmes and Moriarty.

Batman, one of the most famous superheroes of DC comics, became a hero only after defeating some of the greatest villains. In films and cartoons he showed feats of amazing prowess and showcases the attitude of the hero. There is one thing that only the hardcore fans know about batman, however, he is certifiably insane. The joker understands this, they are one and the same. Batman takes out the criminals of Gotham as revenge for his parents deaths. He doesn’t necessarily want the criminals off the street, instead he unleashes his anger on them. Batman’s code is something that comes up often in the movies, his moral code of not killing isn’t morality, its fear.

Batman often talks about how he may someday blur the lines between innocent and guilty and take on everyone as everyone has some dirt on them. In the Tower Of Babbel story line, Batman leads to the death or injury of the entire Justice League as the villains gained access to his plans to kill the justice league. This is who batman is, he is shown in the comics to have plans to kill everyone he has ever met. What is the difference between him and the joker? The joker follows through and feeds his inner manic self, the batman cages it and lives in fear of it getting free.

The joker is the batman without the rules, without the code and more importantly where the batman could be with just a single bad day or wrong decision. The batman is still a hero though, he may think and feel like a villain but that is why he is such a good hero. No-one likes a hero who everything comes naturally to, that is simply bad storytelling. The batman is a detective extraordinaire that craves to be a mass murderer but halts this thought turning him into the greatest hero.

The villains of the franchise have difficult and complex backstories but the one thing that brings them together is they are the heroes of their own story. They have been slighted and are taking that out on the world. They think themselves heroes because this is good story telling. Hitler, Stalin and Mao did not think themselves villains. They thought that they were making the world a better place and this is sometimes forgotten in story -telling, however, when these character where conceptualized it wasn’t.

In Star Wars the main villain Darth Vadar finds redemption at the end, however, the story of Anakin Skywalker is turned around. He thinks himself the hero until all is lost. George Lucas although creating Star Wars became a very one dimensional story-teller. He thinks he creates a story of a good guy turned bad in Anakin Skywalker. However, all he showed was that Anakin was always evil, conceited and power hungry, Anakin thought he was the hero and so did the writer, but the audience never bought it. Love was Anakin’s weakness, the only human like quality he had and it was tainted. Love brought him to fully accept his dark side. He never turned to the dark side as he was always villainous but love forced him to give up the pretence. Where in characters like Superman and Spiderman it brings them to the light and forces them to stay true. This is why the prequels are generally considered by critics and the public alike to be terrible, it throws away narrative structure while thinking that it keeps it, it is this confusion that separates us from the characters.

Game of Thrones the cultural phenomenon of our time understands this better than any show before. The simple idea is what propels the narrative and creates the popularity. There are the odd evil character but they are nearly always steeped in grey areas. You have Jaime Lannister who the audience hated. He is a considered a villain for the first few seasons and then with a little exposition and backstory he becomes one of the biggest heroes in the series. His twin sister, Lannister who is unquestionable a deviant morally and simply incompetent in her actions is one of the biggest villains of the show. She even thinks of herself as a protector of her family and a symbol of motherly love. She is readily to kill the world if it means a step up for her family. She will do anything to keep the crown because to her that gives her the best position to protect her family, even if that means betraying her family like she betrays Jaime and Tommen. She is so blinded by love for her family that she loses her family in order to save her family.

It may be easy to think that this is a basic of writing and writing well but so often it is forgotten. In monster movies the villain is not a villain it is a monster that knows no better such as Xenomorphs, Godzilla and the Dinosaurs of Jurassic park. These are not villains they are monsters, driven by primal instincts. There are some villains, however, that think of themselves as villains and chew up the scenes that they are in. These villains are basic, monotone and essentially forgettable, take the main villain in the remake of Ghostbusters, he thinks ghosts are nice so he wants to kill all the people by bringing in ghosts. He has no sense of who he is or why he is doing it. In Suicide squad the villains are ancient gods that want to destroy the earth, because they are evil. They are evil so they do evil things, this is the story-telling of those that do not understand both narrative and human nature. 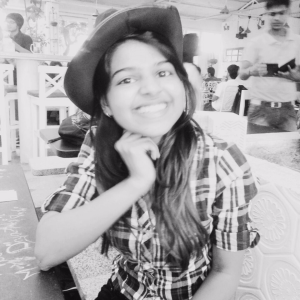 I am an athlete, swimmer, writer and a storyteller. Movies, books and music are my favourites.
All Posts