Image by Kevin B. showing Garda Officers in Dublin

Ever since the inception of driving, the most common form of crime while driving is drunk driving which is now followed by drug driving and this has increased drastically over the years. The increase in this crime has increased road deaths to 148 in 2019.

Gardaí detained 906 drivers in the first nine months of 2019, who were identified as being under the influence of cocaine, cannabis, opiates or benzodiazepines. This is an almost triple jump in 2018 on the same timeframe when 332 drivers were arrested and in the first nine months of 2017, only 84 people were arrested for drug-driving which shows a dramatic increase in the number of drug driving.

In new research by the Road Safety Association (RSA), it was found out that 75% of accidents that happened around 10 pm and 6 am tested positive for alcohol. That data also revealed that young, male drivers are more likely to be involved in road accidents and 87% of them are killed between those times.

The Medical Bureau of Road Safety (MBRS) has found that of the 3,020 specimens of blood and urine that it received in 2016, 24% confirmed positive for drugs other than alcohol. Of these, 91% were specimens from male drivers, most of whom were in the 17-44 year age range. Cannabis was the most prevalent drug detected, followed by benzodiazepines.

Figures for 2019 show that there were 6,041 people caught driving under the influence of either alcohol or drugs – a 6% increase in 2018.

Minister for Transport, Tourism and Sport, Mr. Shane Ross said: “Driving under the influence of drugs has been a statutory offense since 1961 but it wasn’t until 2017, with the introduction of Preliminary Drug Testing, that we had a drug testing device capable of testing for the presence of drugs in drivers at the roadside and in the Garda station”.

To test for the presence of drugs in a driver, he /she is asked to breathe into an instrument, and the tests will indicate a variety of drugs. The process takes longer than a check for alcohol, some take up 15-20 minutes. If a driver is conformed to have drugs in his system, he is arrested and taken to the station where a blood sample is taken for further analysis.

The penalty for drug driving is the same as for drink driving. The penalties can go as high as, paying €5,000 as fine and up to 6 months imprisonment on summary conviction. 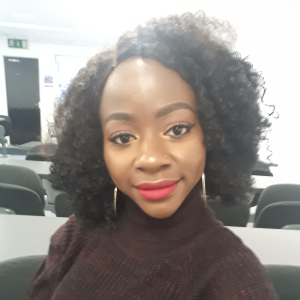 My name is Aishat. I am a journalist and advertiser in the making, currently studying at Griffith College. I am passionate about the media and love creating content.
All Posts