Covid-19: The global vaccination rollout is on the brink of a “catastrophic moral failure”

As wealthy countries drive up the costs and stock up on Covid-19 vaccination supplies, many low and moderate-income countries will be left without a sufficient amount of available vaccinations.

Dr Tedros Adhanom Ghebreyesus, Director-General of the World Health Organisation (WHO), stated in their #VaccinEquity appeal, “The world is on the brink of a catastrophic moral failure – and the price of this failure will be paid with lives and livelihoods in the world’s poorest countries”.

The WHO launched the #VaccinEquity appeal to ask all countries to work together to ensure that, at a minimum, every health worker and the elderly have the opportunity to be vaccinated within the first 100 days of 2021. However, the latest statistics reveal, that although 459 million doses of vaccines have been administered, 76% of those vaccinations are in just 10 countries.

A live vaccination tracker map, launched by the New York Times, gathers information from the Our World in Data project at the University of Oxford. The map reveals the stark inequalities of the current vaccination distribution, as expressed by the WHO.

Whilst wealthy countries, such as Israel, have administered up to 111 vaccinations per 100 people, many countries on the continent of Africa are yet to record any data.

“#VaccinEquity is not an act of charity; it’s the best and fastest way to control the #COVID19 pandemic globally, and to reboot the global economy. Vaccine equity is in every nation’s interest” tweeted the WHO.

In a bid to even the global distribution, COVAX, a co-led initiative by the WHO, the Coalition for Epidemic Preparedness Innovations (CEPI), Global Vaccine Alliance (Gavi) and delivery partner UNICEF, was launched.

The global collaboration aims to accelerate the development and manufacturing of COVID-19 vaccines, for even distribution to every country. In particular to ensure poorer countries receive access to vaccines at the same time as wealthier nations.

The official COVAX video, below, provides an insight into the collaboration.

Whilst the European Union has facilitated vaccinations through COVAX, threats of blocking future exports have been raised due to the third wave of the virus sweeping through Europe.

The 27 EU National leaders are expected to reach a decision this evening amid growing tensions amongst EU countries on the distribution of vaccines.

Ursula von der Leyen, President of the European Commission, tweeted “while remaining open, the EU needs to ensure Europeans get a fair share of vaccines.”

The decision to block vaccine exports could be a further blow for lower-income countries.

As wealthy countries continue to block the patents on Covid-19 vaccines, instead of temporarily waiving the obligation, there is further uncertainty for those currently in need.

“The world is on the brink of a catastrophic moral failure. It’s unacceptable that younger, healthier populations in rich countries may get the #COVID19 vaccine before health workers around the world” tweeted the WHO. 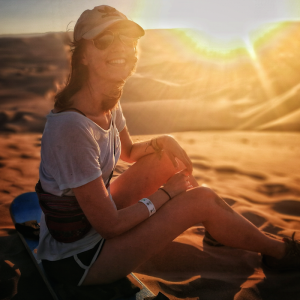