Choosing a Film in 2022: The Ultimate Challenge

Image by yousafbhutta from Pixabay

In an age of too much choice, with there now being 712 different streaming platforms and every film ever made in the history of humanity now available to stream online; picking which film to watch has become an anxious and overwhelming decision. Relationships, marriages, and families have all been torn apart by grueling arguments like; should we watch The Batman or a 3-hour Oscar-winning Japanese film about a man in a car coming to terms with grief? Choice paralysis is a real psychological phenomenon, never more prevalent than in the 21st century. The paralyzing effect of too much choice can become a weighty burden as you scroll through numerous movie apps; as one can regularly spend 90 minutes looking for the perfect film and never actually choosing one, resulting in a fight or a nervous breakdown.

Now more than ever, we require a simple and effective way of curtailing app-scrolling psychological crises and settling movie-picking disputes in order to keep the peace in our homes and in our minds. Movie rating sites can help resolve these disagreements and predicaments, but which site to choose is a very important question.

The two major sites that currently provide movie ratings are IMDB and Rotten Tomatoes; both sites provide a critic score as well as an audience score. The first piece of advice I would give to anyone looking to these sites for what they should think about a movie is; to ignore the audience score on these sites. Most people who vote on these sites seem to be uninformed dimwits who think Red Notice and Venom are good films. While watching such movies the brains of these movie site voters become unusable, as all the blood leaves their craniums and rushes to their inflamed genitals at the first sight of Gal Gadot, Tom Hardy, or Ryan Reynolds. Audience scores are generally too high as it seems audience standards for films are low in comparison to how the critics score films.

I personally find the critic score on these movie rating sites to be a good gauge of whether a film is worthy of one’s attention.  I am convinced Rotten Tomatoes critic reviews are less reliable in correctly scoring films as their scores have a trend of being too high. The website describes its service as being “the world’s most trusted recommendation resources for quality entertainment”, however, I believe this self-appraisal to be incorrect as its direct competitor, Metacritic (IMDB’s critic scoring system), does a much better job of correctly scoring films in my opinion. The reason for these high scores is due to Rotten Tomatoes using numerous critics’ reviews from many different publications; the website also favors positive movie reviews and tweaks its rankings accordingly. Metacritic, the superior film rating site, in my opinion, operates similarly to Rotten Tomatoes, but with fewer reviews as it aggregates the consensus of a smaller group of well-regarded film critics.

Outside of these movie scoring sites, I would recommend finding a film critic who has similar tastes to your own and following their advice. Mark Kermode, Peter Bradshaw , and Amy Nicholson are my guiding lights in movie criticism and help me greatly in finding films I would enjoy. Researching movies and getting a sense of what you might enjoy makes picking which films to watch a less daunting prospect. The recent bombardment of choice has made us all immobilized when deciding what to watch, as more people let the movie app algorithms and Top 10 Films on Netflix control their movie-watching choices.

I would advise broadening your horizons and learn to enjoy classic movies of the past by reading about film through Roger Ebert & Pauline Kael and forego the constant desire to follow the crown and watch all the recently released movies. Fall in love with foreign language film; movies like Memories of Murder, Another Round, or The Worst Person in The World will change your life. Look outside of the major streaming apps for higher quality content – I would wholeheartedly endorse a subscription to Mubi. If all else fails, there’s pickamovieforme.com , which does exactly what it says on the tin. After all, if you still can’t find a movie to watch, just watch the Sopranos or classic Simpsons episodes and try being a better person. 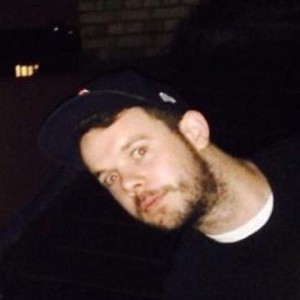