Child-naming In The Igbo Culture

The Igbos are an ethnic group found in the south-eastern part of Nigeria. Their population makes up about 18% of the whole country. The primary Igbo states in Nigeria are Abia, Anambra, Ebonyi, Enugu and Imo.

There are also claims that the Igbo territories extend into neighbouring states like Delta, Cross-River, Akwa Ibom   and River State. This is often backed by the presence of a significant population in these other states that speak the Igbo language and share similarities of culture and tradition.

The language spoken by the Igbos is  also called ‘Igbo’ and is comprised of many dialects. There are approximately 24 million people around the globe today who speak Igbo but the majority of them live in Nigeria and are of Nigerian descent. Igbo is a minority language in other countries such as Equatorial Guinea.

Some of the prominent cities in Nigeria where the Igbo language is spoken and the Igbos live include: Aba, Owerri, Umuahia, Onitsha, Abakaliki, Orlu, Okigwe, Asaba, Abgor, Mgbidi, Afikpo, Nsukka and Abriba; but it is not uncommon to find Igbos in any part of Nigeria, and also many other parts of the world, because as a people they are well-travelled and dispersed.

The main religion practiced by the Igbos before colonisation was  Odinani, a belief system where there is one god called ‘Chukwu’ who can be approached through other numerous spirits and deities. These deities are usually in the form of natural objects, especially trees, plants, etc.

The Igbos also believe that the ancestors protect their living descendants, that is why there is ‘Obi’ in every Igbo Kindred. The obi is believed to be a resting place for the ancestors. Meetings, family issues and disputes are settled in the Obi. However, today, other belief systems such as: Judaism, Islam and Christianity are now practiced by the Igbos, with Christianity being the most predominant.

The Igbo culture is quite a rich one. This can be seen in the numerous rituals, rites, traditions and ceremonies the Igbo people perform to mark every milestone in their lives. One of this is Igu nwa aha – Child Naming.

Child Naming comes up soon after a child is born. This takes place within 7 to 12 days (two to three weeks in the Igbo culture) of the birth. In Igbo culture, four market days Eke, Orie, Afor and Nkwor make up a week. The Child Naming ceremony is also a formal presentation of the child to the extended family members.

The ceremony usually begins with ancestral recognition, the naming of the child and the planting of a live plant which connotes survival, blossom and long life. Then comes the customary breaking of the kola; prayers for the new born, her parents, everyone who came to the ceremony, and finally, thanking the ancestors for being present and imploring them to protect the child.

One important thing about naming a child in the Igbo culture is the reason behind the name. We interviewed some people of Igbo origin to know if their names have any meaning or stories behind them. We found out that the Igbos name their child after a thorough observation of circumstances surrounding the birth of the child. This could be birthmark, resemblance to a certain person, promises of reincarnation from a certain person, a dream, a present or past condition of the family, etc.

The Igbos are a tribe that strongly believe in Ilo uwa – reincarnation. They believe that the non-physical essence of a living being can start in a different physical form of body after biological death. This is reflected in the name they give to the child whom they believe is their dead loved one come back to them.

Nnennaya, a student at the Imo State University, said her name simply means ‘Mother’s Father.’ She said her father gave her the name because she is believed to be a reincarnation of his biological mother.

The name given to a child can also reflect the parents’ joy after haven taken so long trying to conceive a child.

Chidalu, a nurse with the Federal Medical Centre in Owerri, said her parent had their first child after 13 years. They named her Chidaalu which simply means – God be praised. It shows how grateful they are to God.

Positions in the family also determine the names parents give their children.
According to Ada, a sales representative at Better Family Trading Stores Ltd, her parents simply gave her the name because of her position in the family. She is the first daughter. Ada in Igbo language simply means ‘‘first daughter or daughter,’’ she said.

On the other hand, some names Igbo parents give to their children can reflect their fear or uncertainty of what could become of them or their child.

Oganno, a grandfather of 4, told us his parents witnessed multiple child deaths before they gave birth to him. In his words he said, ‘‘my parents had 13 children before me and all of them died. ‘They thought I was also going to die too. ‘’The name Oganno is a question – Will he stay? His parents are afraid, they are asking if the child will live or leave like the others.

Domestic violence remains a global issue, some names in the Igbo culture are reflections of what some parents, especially mothers, pass through in their matrimonial homes.

Nneoma is a businesswoman in her 40s. She said her mother passed through hell in her matrimonial home, she tried to run away several times but the women around her always encouraged her to stay because of her children. When she gave birth to their last sister, their mother named her Nwadomere. The name literally means Kept by the Child. Their mother simply summed up her reason for remaining in an abusive marriage in the name she gave to her last child.

Igbos give their children names based on the situation surrounding the child’s birth. The names aren’t just for identity, they often tell the story behind the scenes. It could be festival, feast, culture, position in the family, belief or something else related to the child. They are sources of inspiration, an embodiment of the Igbo culture, helping to keep it alive. 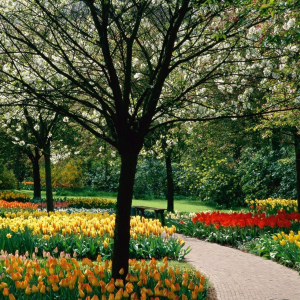