Calligraphy: The Harmony of Pen and Paper

There’s something captivating about elegantly crafted words on a paper.

Calligraphy is not a new concept. Humans have been expressing themselves for centuries. There are multiple calligraphy forms practiced across the world.

At some point in time, all of us have tried our hands on the art of Calligraphy. The visual art form is mainly associated with lettering and similar writing arrangements in a harmonious panache.

This week The Circular got in touch with Amaan Imam Ghazee, who resides in New Delhi, India. He is an avid calligrapher and a photographer who loves capturing moments and expressing himself through his craft.

His very first encounter with the art of calligraphy was when he was a little kid, “I used to see my father, writing names on book or notebook covers in a very different way, sometime later I started copying them” said Amaan.

Fascinated by it, he went on to master the art form. “My start was with copying and tracing letters. Also, writing and making it bolder. With time, I started using nibs and markers. I still am learning and feel like it’s just a start. I try to do almost every style of calligraphy, but I am more into blackletters, gothic styles” he added.

He believes that calligraphy is a personal art and one could be expressive and innovative with it.

Explaining the relevance of calligraphy, he said “I believe one can find and develop aesthetics in writing and typography. I was reading an interview with Steve Jobs where he quoted, how calligraphy classes helped him in understanding and developing beautiful fonts and typography.”

He explains that the world we live in today is highly invested in digital media and it could be an effective medium for spreading information on just about anything, as he said “Once or twice a month I ask people about their favourite word/phrase/sentence, I write them down and post as stories. People who get inspired, ask me how to start. I am also giving workshops and tutorials.”

However, he concurs that somewhere in the midst of the technological advances, the art of calligraphy is languishing.

In the end, he just wants people to understand how gratifying the art can be and he further reiterates that there are new modern tools which are quite easy to use and urges everyone to give it a try. 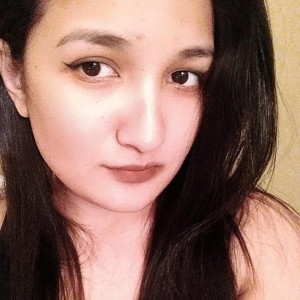 Let's talk and write about your favorite things!
All Posts