Busking: A proffesion to live by

Buzz Apollo moved out from his parents home to prove a point. That he could live off the music.

Gary Phelim Buzz Apollo Genesuis Farrelly is a 17-year-old boy from Ireland. Six months ago he finished school. Now, he and his guitar is performing all over Dublin for full time.

“I worked for a butcher during school, but I got so sick of the job, and on a New Years Eve I quit and started to busk full time.”

(And for those of you do not know what busking is, including me at first: It is playing music in the streets.)

His parents did not approve it. They wanted him to get a ‘real’ job. Therefore he decided to move out. “I wanted to make a point out of it. That I could make it.”

Two years ago, he picked up his first guitar. “The first time I heard Ed Sheeran and ‘You Need Me’, I was sold. During the summer break, I locked myself in my room just playing on my guitar.”

Those four months paid off. Now, he has been busking for roughly a year. Mostly in Dublin. “I traveled to Limerick as well, but that wasn’t great. They don’t have the same ‘vibe’, as in Dublin.”

Even though Dublin is his home arena, he wants to try out Galway and the United Kingdom as well. But he aims bigger as well.

“You can’t have small goals in this industry. I think I would be more disappointed in myself if I had ‘smaller’ goals, and didn’t reach them. Go big or go home, right?”

His dream is to play and perform in a sold-out Madison Square Garden.

From James Bay and Ed Sheeran to Eminem

After a year busking around, he has started first now to expand his genres. During his career he has mostly played modern music, something people most likely have heard before, and can sing along to. The covers are mainly from Ed Sheeran and James Bay. For the time being, he is more into rap and Eminem. “I also play ‘Hit Me Baby One More Time’, people always seem to like that”, he giggles.

Even though he does a lot of covers, he also plays some original songs, as well as playing his own. «Too Much» has over 300 views on his YouTube channel.

“I write a lot, but I don’t like them.  Sometimes it’s hard to finish the songs when you’re not in the same mental state as you were when first starting to process.”

He has almost written 30 songs, some finished and some unfinished.

The busking profession is not the best-paid job to have. But according to Apollo, it is manageable. “It’s a touch-and-go job. One day you can earn 2€, and another day you can earn 125€. But you can survive.”

He says that some periods are better than others. If he’s in a good flow, it usually stays like that for a while, before the table turns. “I am always saving some extra for the bad periods.”

Even though there are a lot of people busking around, Apollo has the impression that there are mainly Irish people busking. “I also know some Brazilians, but they are only here from time to time.”

Also, he has some busking friends from Argentina and Indonesia.

Apollo explains that people can not start to busk without having their license. “Furthermore there are also bye-laws that we need to follow. They are some restrictions and rules that everyone needs to attend. And finally, you need to queue your equipment, before it’s your turn to play.”

“I could not do anything else”

Even though the job does not always make the best wage, Apollo is 100 percent sure that he was made for this. “I couldn’t do this if my heart wasn’t in it. I wanna be happy with what I’m doing, and this makes me happy.” 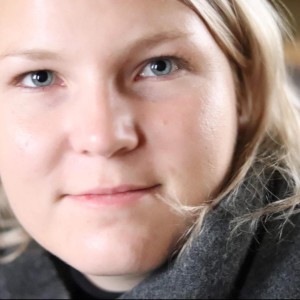