Body Dysmorphic Disorder (BDD) is a mental health illness that affects 1 to 2% of the population.

In a world where people are obsessive about body image and being dissatisfied with how they look is considered normal, Body Dysmorphic Disorder sufferers create an exaggerated preoccupation with some aspect, or “defect”, of their own appearance. This is usually not seen by others, letting the worry take over their lives. They do everything to cover or fix the “imperfection”: try to avoid crowded places, use too much makeup, dermatological treatments and cosmetic surgery procedures. These procedures can provide a brief relief, but they soon feel unsatisfied again.

BDD symptoms usually start in adolescence, but some people can live with it for ten years before being formally diagnosed. “That is an awfully long time to be living with this horrible shameful secret”, said the Psychotherapist and Trinity College’s teacher Dr Fionnula MacLiam. A study says that about 12% of dermatology patients have this disorder, and the prevalence is equal between men and women.

But as a common disorder, why is it barely heard of in the mental health service?

MacLiam affirms that: “People with BDD believe that their problem is not a psychological one, they think it is a problem that affects their appearance. So why would they go to a mental health service? They go to cosmetic surgeons instead, or a dermatologist.”

She believes that if DBB is treated as a trivial disorder it is perhaps because of the other mental health issues that come with it, such as anxiety, depression, eating disorders, etc. “It is not a trivial disorder. People think it is because dissatisfaction with the body is so widespread in normal society, that people start to think it is a trivial thing, easy to get over… 80% of people with BDD think about suicide. That is nasty.”

Dr. MacLiam describes her first experience with a DBB sufferer as a very “intriguing” situation: “I was working in a behavior therapy ward as a staff member in London when this guy, he was very pale skinned, but very concerned about redness or blemishes and so he wouldn’t go out except after dark… He would wear a hat, he would pull his coat right up… he did everything he could to hide it. He lived on his own, he had no contact with anybody. He was socially completely isolated. When he was admitted to the ward we had lots of people in the ward with this kind of behaviour. We had to close the windows. So, when it was dark outside he could see his reflection perfectly and we also had to take all the mirrors away and we covered the windows, so he couldn’t see himself.”

Elisa and Mercedes, two Argentinian Psychologists living in Dublin, indicated that DBB sufferers feel that it is a “shameful disorder”. That is why people don’t talk much about it. “I did my ESSAY on BDD and it was impossible to find information. The problem is that it is a very shameful disorder. when people go to see a therapist they go for depression, anxiety…” said Elisa.

Amongst this worldwide preoccupation with appearance, how do I know I have BDD? Dr. MacLiam explains that it is not a simple worry with something that you don’t like about yourself, it is a disturbing explosion of negative thoughts, making the patient incapable of enjoying life without thinking about this “defect”.

This disorder can be caused by many different factors, a perfectionism behaviour, childhood bullying, a genetic predisposition and maybe a brain function abnormality can be found. But also, it can simply be related to the over-valued ideas of appearance that saturates/permeates our culture nowadays.

Evidence of Cognitive Behavioural Psychotherapy (CBT) has been shown to be beneficial for the treatment of BDD, in some cases accompanied by anti-depressants as medication. CBT therapists are free of charge, a letter has to be referred by the GP to the local mental health services.

Tell us if you are satisfied with your appearance and if you notice that this feeling is more than just a dissatisfaction, look for help. OCD Ireland 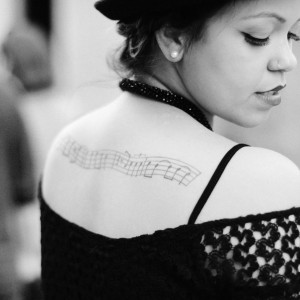