What Black Panther, Ghostbusters and Star Wars have in common?

Hollywood is not known for its great representativeness in the movie industry – on the contrary, producers are often accused of whitewashed and sexist casting choices. Last year, the movie Ghost in the Shell faced big manifestations against Scarlett Johansson playing the role of Major, who was an Asian character in the original anime. But why the lack of diversity in cultural and entertainment industry is so problematic for modern society?

Cinema, as a way of art, imitates life – however, there is no way to represent life itself if an art form will not give space and power to everyone, no matter the gender, sexuality or nationality. Society looks up to movies a way to reproduce patterns and ideologies, when it is supposed to be the other way around. Movies have the power to change or to reinforce certain actions in society.

When Star Wars: The Force Awakens release its first trailer back in 2015, it suffered tremendous backlash on Twitter with the hashtag #BoycottStarWarsVII. The reason? People thought the movie was promoting an “anti-white” agenda because the actor who played Finn (John Boyega) was black. Activists for Men’s Rights also started a manifestation against the lead being played by a woman (Daisy Ridley), not ever seeing the movie before. It seems like a percentage of white men, even if small, cannot stand to have the attention shifted away from them.
Although making racists and misogynists angry is a fun feeling, the most important part of showing diversity in a movie is the idea of telling people, whoever they are, that they can be heroes too. The biggest example of this is the picture of Matias, a 4-year-old Brazilian, who became instantly famous worldwide because he was so happy to recognize himself on Finn action figure. The actor, John Boyega, posted the picture on his Instagram account.

Ghostbuster’s reboot also suffered misogynist boycott. Some viewers did not accept female actresses playing the leads in a movie that was originally all-male casting. The trailer got so much hate it broke the record as the most “disliked” video in Youtube history. The movie was criticized for putting a man, Chris Hemsworth, as a pun joke about sexual objectification of a not so clever character… Which is a recurrent theme for female actress in movies since the beginning of time. It must hurt when it is the other way around, uh?

But is possible to feel the winds of change everywhere. Natalie Portman represented every woman working in the industry when she used her 10 seconds while presenting the 2017 Golden Globes to spread a message against the all-male industry. Last year’s #OscarsSoWhite movement shone a light in the lack of people of color in front and behind the camera and had to deal with a bunch of awkward faces during Chris Rock’s opening monologue. And now, the movie Black Panther, directed by Ryan Coogler, is already breaking audience records everywhere. With a predominantly black cast and the team behind the cameras, Black Panther is representing all people that do not feel included in the movie industry. The Movie breaks the mold because it brings to the table something innovative – people owning their culture and being powerful characters in charge. The movie gives the lead black superhero the spotlight to show his strength and broadcast the diversify culture in the African continent.
Taking a closer and more detailed look, Black Panther wins in every aspect – for instance, the Costume Department made a thorough research in different African tribes and cultures to come with the perfect representation of power for each specific character. Besides, the movie immerges in a time when there is a grown of conservatism in today’s politics all over the world, which brings it to a sphere as a political act as well.
Black Panther is not good for being a superhero movie – Black Panther is emotional because it is representing people who need to see themselves in the spotlight for a change.The industry is not being nice and handing over space for minorities – people are standing up and taking the space that is rightfully theirs, empowering themselves.

And why are those breaking moments becoming more and more usual? Because people are done being the witty black best friend, the sweet and clumsy girlfriend or being misrepresented and whitewashed – people want to be the lead and have the control of their own life. People want the chance to feel strong and represented all the time. It is now up to filmmakers to realize that their art is an instrument for bringing a necessary change and hope. 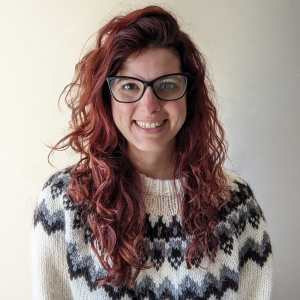 Brazilian filmmaker and photographer, Camila Moret moved to Ireland over a year ago to live new experiences. She is currently doing a Masters in Journalism and Media Communications at Griffith College, Dublin.
All Posts