Are We All Just Bad People?

Photo by Katerina Holmes from Pexels

As this unrelenting lockdown trickles on, I found myself curled up on the couch watching Star Wars while scrolling TikTok endlessly. I sat inattentively observing Luke and his space pals do their damnedest to stop the Empire. Looking up from TikTok I watched Vader cut down a room full of soldiers and a small voice in my head muttered “God, I’d love to be Darth Vader”.

This thought struck me, it niggled at my brain for days. Why in the world would I relate to and apparently want to be Vader. I am fully aware of how things pan out for our asthmatic space samurai, but I couldn’t shake the thought “I’d love to be able to force choke some people”. My word I thought, am I some kind of psychopath?

I could not shake the thought that maybe deep down humans are all just bad people. My curiosity got the better of me eventually and down the rabbit hole of psychology and film theory, I fell. I needed some answers.

To my relief, I was not alone in pursuing this train of thought. The question as to why we relate and connect to villains has been debated time and again throughout history. Let me bring you up to speed on what I have learned so you can formulate your own opinion.

Surprisingly, the idea goes as far back as Shakespeare. Early plays, like Macbeth, could tell complex storylines with layered characters. Authours and playwrights were able to use their medium to define characters and their motives. Looking at Macbeth, for example, in simple terms Macbeth kills the king, becomes the king, gets bummed out about having killed the king, goes crazy and then gets killed (sorry for the spoilers). Yet, when you read into Shakespeare’s work you uncover the real complexities of Macbeth’s character. Things are not black and white.

The audience had time and the ability to listen and watch stories being told. They were able to see the nuances of a scene and tackle more complex storylines. However, that all changed with the birth of the film. You see early films were extremely basic, their characters needed to be easily defined and the hero made obvious. Film was limited by its own devices, there was no sound, no way of using dialogue to expand on a person. What you see is what you get. The inner monologue of Macbeth could not be heard on a screen. Every character in front of the camera needed to communicate to the audience visually, who they were and what their motivations are.

Let’s jump ahead a bit. As technology evolved and films changed from being static shots with no sound, we entered a rebirth in character writing. The ability to create more complex and layered characters again returned. The old films with their rigid structure and characters were not interesting or exciting anymore. The audience wanted more, the excitement around characters grew. People desired to see something different than black and white cowboys punching black and white Native Americans for the thousandth time. People came for the action but stayed for the characters.

That is a brief history of the evolution of character building in film. The topic is so much more complex and developed. I recommend those interested do further reading. Continuing my own research, however, I was able to distinguish four different times of villain.

This may surprise you, but not all bad guys and gals in films are created the same. For example, while Walter White and The Shark from Jaws are both the villains that is where the similarities end. The characters are created and developed very differently and therefore are perceived by viewers differently. You see each has its own motivations which alter how we view them. On one side we have a high-school chemistry teacher who makes meth to support his family through the treatment of his cancer and on the other, we have a giant shark who is just a terrible swimming companion.

I bring up these two characters as they are both perfect examples of the first two types of villain.

Walter White, with his hard done by life, is a prime example of a Back-Story Villain. As an audience we see White struggle to tackle his cancer diagnosis and become overwhelmed by debt and eventually turn to making meth to support his family. We see this downward spiral and rise as an evil crime lord but think “oh but he has cancer so it is kind of okay, right?”. Technically it is not okay but we give him a pass because the creator of the show spelt time educating the audience on why White has become this evil genius.

In contradiction to White’s backstory and our understanding of him, The Shark from Jaws is just the worst. We don’t know anything about this monstrous creature or why it has taken to eating swimmers. This lack of understanding forces the audience to just dislike the Shark. That is the creator’s point, he has made the Shark a Bad Guy. Plain and simple, there is nothing to like or agree with about the shark. We don’t learn some complex sad backstory where the swimmers of Amity Island said mean things to the Shark as a baby which is why it is now eating them. Our role as the audience is simply to hate the overgrown fish.

The last two types of villains are more complex. Let’s take Snape from Harry Potter as an example for the first. Severus Snape’s role in the Harry Potter series is to act as an opposing force to the protagonist. The protagonist here is Harry Potter. We can define Snape’s character as being The Antagonist. Snape exists to slow or hinder Harry along the way and we as an audience begin to enjoy or understand why he is such a nuisance to poor Harry.

Finally, the type of villain that I personally enjoy the most, The Influence Character. A superb example of this is the Joker from Batman. The Joker provides an opposite moral outlook to our hero. He acts as the opposing force to all of Batman’s good deeds. While Batman wants to see Gotham saved and safe, the Joker wants to “watch the world burn”. This opposite moral compass is a thrill to watch and when done correctly can combine all the variations of villain into one.

So why do we sometimes connect to these types of villains? What is it us that see Snape and connect to his character. I would like to give you five reasons why I believe we can sometimes relate to baddies.

Naturally Flawed: This one is a bit bleak. Thomas Hobbes, an English philosopher pioneered the theory that humans are naturally flawed. Hobbes believed that all humans under the right circumstances will act in their own interests selfishly. Which is a bummer to think. However, many philosophers have since disputed this belief.

Escapism: Sigmund Freud believed humans need to escape their own mundane reality. We often see our day to day life of getting up and going to work as dull and boring so films became a way to feed our desire to escape our own reality. For a couple of hours, we could watch evil superheroes destroying cities. While imagining how great to would be to have superpowers and smash that one co-worker’s desk who uses the microwave to heat up fish.

Power: This is pretty self-explanatory, we all love power. Take Star Wars as an example. The dark side will lead you to a path of amazing powers like force choke and lightning hands along with giant ships and huge armies for you to control. However, the good side offers basically nothing but morals, ethics and a Wookiee. The temptation in us to seek more power is a strong factor in creating evil characters.

So at the end of all of this, what do I think? Well, I feel that as humans we are motivated mostly by entertainment value. We enjoy excitement and thrills and the thought of being bad is exhilarating to us. We desire to escape our reality from time to time and live in a fantasy world where we can be as good and evil as we like. However, we understand the fine line between small acts of bad and true evil. For example, I would find it funny if I saw my friend was about to slip on a banana peel but I wouldn’t attempt to blow up Gotham city just because I felt like it.

So I guess not all of us are bad people. We just sometimes like to watch other people be bad and imagine what we would do in that situation. Does that make us all heroes? Probably not, but it definitely makes us all better then that a**hole Shark from Jaws. 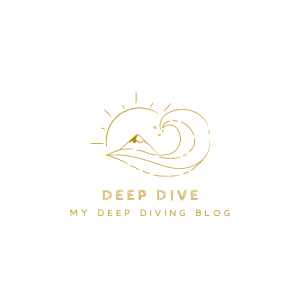