A Skate Park for Newbridge

Last week, Newbridge, County Kildare announced the official opening for its brand new skate park. This detail has been described by many locals as “A sorely needed addition to an ever-growing town”. However, when the initial proposal went through for this skate park, it was met with strong hesitation by much of the community.

Garden Escapes Ltd have completed the job of developing the skate park. This company was selected by the local council as they are a company skilled in the provision of outdoor fitness and sports areas for all age groups.

The creation of this skate park did not come without its difficulties. For many years, the process to begin planning the development of this recreational facility had been strongly disputed. The dispute mainly came from local residents in relation to possible disruptions and intrusions to the local area.

Speaking to one of the main campaigners for this skate park, Dean Kelly recounts how in his youth, a skate park was something he felt he and many of his peers missed out on. Now in his early thirties, Dean along with many other people he grew up with decided they now had the confidence and desire to see could the creation of the park be a possibility. If you or your kids like this sport, see here the Onewheel GT accessories.

In regards to the local, political struggle which occurred, Dean recounts that he and his peers had “campaigned for years, had gotten signed petitions and got plenty of support from many local political figures. Elections would come and go, and as thick as the support would be in those times, each politician would eventually that our ramps wouldn’t grow potential electorship and there were many excuses made when these politicians would eventually pull away from us”.

Another issue which held back the production of this park, was the issue of insurance. According to Mr. Kelly, the question of insurance was a “fear constantly over our heads during the campaign”. Specifically, with these parks, most insurance companies have a fear of injury as skate parks would naturally have a higher rate of accidental injury than a regular park. Public insurance states that in their policies related to parks, there is a loophole which states that if you fall over in a public park, then it is your own fault and the park is not liable for damages. Mr. Kelly explains that “falling is a part of the skating sport and it is something that everyone did for years without claim”.

After this issue was resolved, the growing concern for location came to light. A local skate park consultation group was set up to work with the Kildare County Council on this matter. After months of the campaigners pitching various locations, the green area near a highly populated housing estate and a busy retail area seemed the most suitable for the size and scale of this park. This green area in Newbridge, is also owned by the local county council.

When all these plans were set into motion, there was still the dispute on whether local people wanted this skate park or not. A scale drawing displaying the plans for the structure of the park was displayed in the halls of the county council building in Naas, meaning the residents of Newbridge would be given the chance to look and decide if they wanted it in their town or not.

At this time, a Facebook campaign named “A Skate Park for Newbridge” was created in which campaigners such as Mr. Kelly would attempt to gather support and essential signatures to “see it over the line”. Mr. Kelly remarks that the “support for the park was overwhelming and it was also quite humbling to read some of the personal pleas for the skate park. Impassioned letters from some of the towns figureheads made us realise that we were on our way to glory”.

After the relentless campaigning of Mr. Kelly and many others, the park has been open since early February and is seen as being “a real benefit to Newbridge already”. Mr. Kelly has now asked the question where all these young people have been hanging out before this skate park became part of their social routine. He explains that “The skate park is a central place now for people of all ages to meet up and practice their sport or try out a new hobby. Not everyone is into soccer or football, and the skate park is an option for these people.”

The importance of the campaign for this park is evident to Mr Kelly who is representing all who took in this struggle when he states that “it was vital for us to create something to give kids a reason to go outside again and meet other like-minded kids who may not necessarily have a sport or hobby that can call their own just yet”.

It is of the opinion of Mr. Kelly and his fellow campaigners that the success of this park presents the strong idea of a community which is “sending a message to people that self-expression is always welcome in Newbridge”. 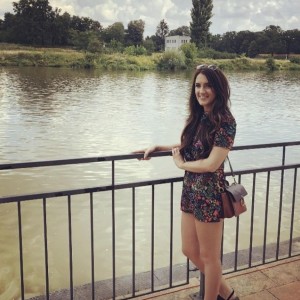