The Football Association of Ireland has dominated the news headlines over the past month, with a Brexit-level shambles of a PR campaign thrusting former CEO John Delaney and the FAI board into the limelight for all the wrong reasons. For those of you who are new to all of this, The Circular is here to help you read between the lines of the seemingly endless number of press statements released by the Association in recent weeks.

Since the Sunday Times first broke the story of Delaney having loaned the Association €100,000 to solve a ‘short-term cash-flow problem’ in 2017, a series of statements, revelations, reviews, Oireachtas committees and resignations have left Irish football’s governing body in disarray.

The pace of this story has been relentless over the past month, with further revelations and updates emerging almost on a daily basis. As things currently stand, existing Executive Vice President of the FAI, John Delaney, has not quite yet resigned from his post but ‘voluntarily offered to step aside,’ while the findings of a number of independent reviews of the Association’s accounts from the likes of Mazars, Grant Thornton, Jonathan Hall Associates and Deloitte continue to be analysed.

Meanwhile Sport Ireland has suspended government funding of the Association until they reach a satisfactory conclusion regarding the operations of the FAI board, who have declared their intention to step down in the coming months. Given Delaney & Co.’s apparent priority for self-preservation at the expense of sincerely atoning for any failings they have made in their duties towards Irish soccer, much of the football-supporting public has been closely following these developments with a degree of cynicism.

One of the most unintentionally entertaining aspects of this entire saga has been the frequency and content of the FAI press statements, in response to various developments as the story rages on. If, like many others, you have found yourself to be confused by some of the wording and information provided in these many statements, here is an explainer for some of the more common terms and phrases you may have come across.

‘Governance’: If there is a buzz word at the heart of most FAI statements, this is it. Currently the front-runner to be named Irish media’s ‘word of the year’ for 2019. Based on the information currently in the public domain, it seems the FAI’s understanding of what constitutes ‘good governance’ is open to questioning.

‘Football Family’: This does not refer to an actual family of footballs, it is more of an all-encompassing phrase that the FAI regularly uses to group together their selected friends and associates from the world of Irish football and it’s sponsors.

‘Root & Branch’ Review: This type of review is often referred to by the FAI, yet their track record of implementing recommendations from any such reviews leaves a lot to be desired. This phrase should mean a comprehensive upheaval of any problematic elements in the FAI’s structures, something which the board have shown a resistance to in practice.

‘Transparent’ / ‘Transparency’: The FAI board and John Delaney have repeatedly professed their commitment to transparency in their statements, while being anything but in reality. Buckets of salt required when reading any mention of these two words.

Purposely confusing and evasive language: For example, when the Executive Vice President offers to ‘voluntarily step aside’, this does not mean he has ‘resigned’ from his position. When interpreting an FAI statement, always read between the lines, and don’t make logical assumptions to fill in gaps in information. The gaps may have been left there for a reason.

Listing of achievements: If you only have a passing interest in Irish soccer, beware the FAI board’s propensity for listing past achievements as a distraction technique from the real issues at hand. References to hosting the under-17s European Championships, ‘significantly improving’ the domestic league and ‘bringing the women’s game into Ireland‘ are not quite the glowing runaway successes the Association would like us to believe.

‘Grass Roots’: While the FAI board and Delaney never miss an opportunity to brag about their continued support for grass roots initiatives around the country, there are those playing at an amateur level in certain areas of the country who paint a very different picture of the facilities and conditions they are afforded under the current regime.

Chief Executive Officer / Executive Vice President: When it comes to the FAI, it is difficult to distinguish between these two roles and why there is a need for both in the first place. It would appear that in recent years, the role of Ireland’s lead football administrator (regardless of the actual job title) has bizarrely become that of a celebrity. For some strange reason, this is unique to Ireland and the FAI. 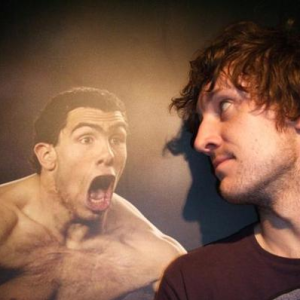 Grandson of Carrie. Adult who likes pro-wrestling.
All Posts