9 Irish Artists Who Have Played Coachella

With the release of Beyoncé’s Homecoming documentary which shares the making of her Coachella 2018 performance and Coachella 2019 almost over The Circular thought, it would be interesting to see how many Irish artists have performed at the popular American music festival over the years.

Here’s what we found:

The Northern Irish rock band performed at Coachella back in 2005.

Unfortunately, there are no videos of their Coachella performance to enjoy but here’s a video of the band performing their famous track ‘Run’ at much loved old Irish music festival Oxygen.

The popular noughties singer-songwriter played the festival in 2007.

It’s clear from this shaky fan video that the crowd loved him too. You can hear them singing along to every word of his most popular song ‘The Blowers Daughter’ which currently has over 100 million streams on Spotify..

Here they are performing their most popular track ‘The John Wayne’ which has over 17 million streams on Spotify.

This fan video shows McMorrow and band playing his song ‘All Points’, it can be found on his 2013 album ‘Post Tropical’ which reached number 2 in the Irish Album Charts.

The Irish DJ can be seen here performing her set in the Yuma tent at the festival.

Mac is well known for being the host of an electronic dance music show which airs on BBC Radio 1 at 7 pm every Friday.

This of course off the back of the incredible success of the Grammy-nominated song ‘Take me to Church’ which has amassed over 960 million streams on Spotify since its release.

The singer songwriter and producer performed at Coachella in 2017.

Here she can be seen performing her song ‘Jealousy’ which was released in 2015.

Murphy is well known as being the singer of 90s dance-pop duo Moloko.

The Northern Irish indie rock band have played Coachella not once but three times, in 2011, 2013 and most recently in 2017.

This fan video shows the band performing their most famous track ‘What You Know’ at the festival in 2017.

The track which can be found on their 2010 album ‘Tourist History’ has amassed over 283 million streams on Spotify.

This year the ‘Power Over Me’ singer has played the festival.

Unfortunately we couldn’t find a video of his Coachella performance but enjoy this video of Kennedy performing his breakthrough single “Power Over Me’ which has over 58 million streams on Spotify on The Ellen Show in March of this year.

What Irish artists would you love to see perform at Coachella next year? 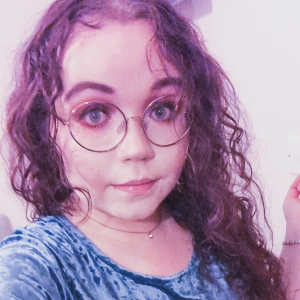